Home » Sports » From rags to riches for Miltown? 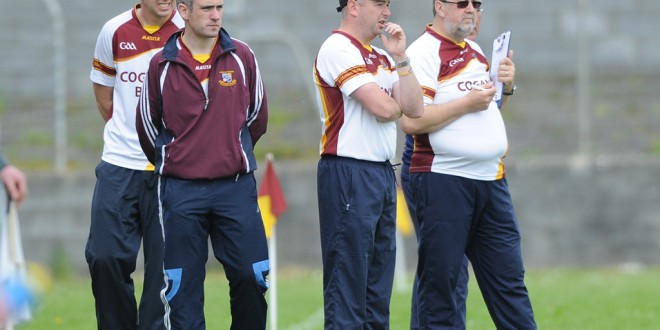 From rags to riches for Miltown?

TWELVE months ago, morale was very low in Miltown after the GAA club lost its senior status for the first time in its 125-year history. Beaten by Lissycasey in a replay, they were sent crashing to intermediate ranks last November.

Now the club is buzzing, after the adult team bounced back to reclaim their place in the top group. For Miltown St Joseph’s followers, in particular, and for Clare football fans, in general, all roads lead to the Gaelic Grounds in Limerick this Saturday for their provincial decider appearance.

“Last year was awful. Everyone felt they had let themselves and everyone in the parish down. No-one had any problem in telling us we let them down. It really didn’t hit home until draws were made at the beginning of the year for this year’s championship and we weren’t in it.

“We simply had to win the Clare title this year and we probably put pressure on ourselves without realising it,” team manager David O’Brien told The Clare Champion this week.

He was speaking ahead of Sunday’s Munster intermediate final in which the Clare champions will take on Clyda Rovers from Cork. Without playing particularly well, Miltown were comfortable winners of the Clare title.

O’Brien believes the pressure to win the Clare title resulted in Miltown not producing their best form during the Clare campaign.

“From once we got out of Clare, it was bonus territory and the lads have played with a greater freedom since them,” the team boss added.

After a comfortable first-round win over Rathkeale from Limerick, Miltown faced a fancied Currow from Kerry in the Munster semi-final at their own Hennessy Park.

In front of an attendance of more than 1,000, Miltown produced their best display of the season on their way to a one-point victory.

Adding interest to Saturday’s final is the involvement of newly appointed Clare football coach, Paudie Kissane with the Cork champions. He will line out at centre-forward but is likely to be found in a variety of positions.

Clyda Rovers are coached by Ned English, who met with Clare officials a year ago with a view to taking on the position of Clare boss. Ray Carey from Cork’s All-Ireland winning team of 2010 will be at full-back for the Cork champions, who also have strong players in Conor O’Sullivan and David O’Callaghan.

Miltown won’t name their starting line-up until later in the week but it’s expected to be along the same lines as that which started in the semi-final.

“Eoin and Gearóid Curtin have been playing the games but haven’t been able to train much due to ongoing injuries,” according to O’Brien, who watched their final opponents in their semi-final win over Ballyporeen from Tipperary last weekend.

“They are very good at keeping the ball, very comfortable on the ball. They hold possession well and are very composed. Paudie Kissane gets on a lot of ball, while O’Callaghan at midfield is also able to win a lot of possession. They have good forwards and kicked some great scores,” O’Brien said.

While acknowledging that Clyda Rovers will carry the favourites’ tag, O’Brien said, “At this level, the intermediate champions in most counties are among the top 10 teams in the county. It’s the same here and in Cork.”

Gordon Kelly is a key figure in the Miltown side and will line out at centre-back. Enda Malone is another key figure in a defence that will have Niall Quinn guarding the net. Miltown have a youthful midfield pairing in Darragh McDonagh and Conor Cleary and much will depend on how they will fare in this vital sector.

Up front, they will be looking to team captain Eoin Curtin, his brother Brian, Eoghan Cleary and Seanie Malone to cause problems for their Cork opponents.

O’Brien said a victory on Sunday “would cap a great year for the club”. He is looking forward to seeing a big following in Limerick.

“We have had a big following all year and the last day in Miltown was brilliant. There is a feel-good factor in the town at the moment and people are coming in to the club to buy club jerseys.”

In relation to the starting line-up, he said, “As the season goes on, it gets harder for people to force their way onto a team but if someone is going well in training this week, they will start.”