Home » News » ‘Frightening’ that over 70% of Kilkee homes empty 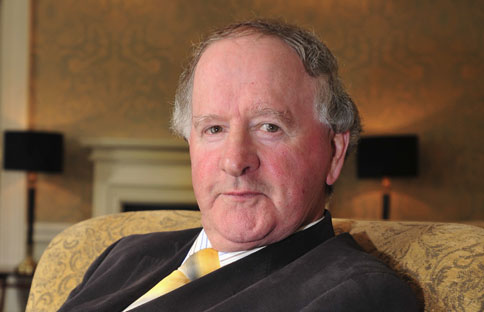 ‘Frightening’ that over 70% of Kilkee homes empty

NEARLY three quarters of homes in Kilkee are empty while more than one third of all properties in West and North Clare are unoccupied, Clare County Council heard this week.

More than 36% of the houses in the West Clare Municipal District were registered as unoccupied in April 2011, according to census data outlined at Monday’s local authority meeting.

According to the figures, of the 20,427 houses in the West Clare municipal district 7,426 of them were recorded as unoccupied.

The information was circulated to the council members on foot of a motion submitted by Councillor Gabriel Keating.

Councillor Keating called on Clare County Council to report on the number of unoccupied houses in the West Clare Municipal District as of census 2011 indicating the number per electoral district saying these unoccupied houses could be utilised to regenerate rural communities.

Responding to the motion Gerard Dollard, Director of Service outlined that 36.4% of the 20,247 dwellings that formed the new West Clare Municipal District were unoccupied in April 2011. This compares with a national unoccupied percentage of 17% and 30% for the county as a whole.
Councillor Keating sought information from the council executives as to what percentage of these houses were unoccupied on an ongoing basis and sought information as to what incentives were available to keep them occupied.

He highlighted that during his election campaign, like many other councillors, he said “every second house” he came across was unoccupied or closed up.

“We need to look at what we can do to reduce the number of uninhabited houses,” he said.
Seconding the motion, Councillor Christy Curtin said he felt the information needed further analysis and described the figure of 71% of the housing stock in Kilkee as unoccupied as “frightening”. The percentage represents a figure of 1,197 unoccupied houses out of a housing stock of 1,674 just in the Kilkee area.

Councillor Keating said he too wished to know how many of these houses were holiday homes?
“We have to attract house owners and to have these houses used,” he said. He put forward a suggestion that some should be available to house people from the local authority social housing list.

He called for some incentive or scheme to be used to get people off the housing list.

Currently the total number of approved applicants for social housing support in Clare is 3,066 and of those 176 have a preference for Kilrush town, while 2,077 have a first preference for the county area, and 813 for Ennis town.

Speaking at the meeting, Mr Dollard, director of service, said the statistics needed to be clarified as this was data taken from the census in 2011, but he too commented, “this is a frightening statistic”.