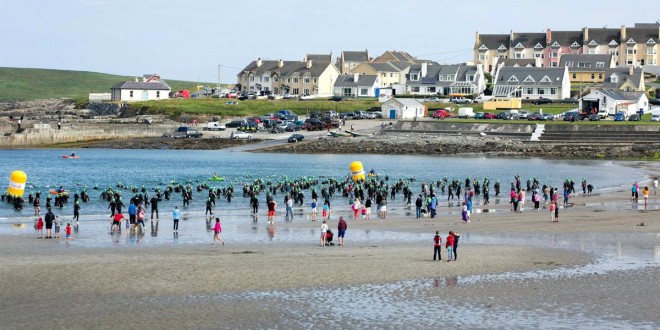 An investigation is being carried out at the scene of  a freak traffic accident at Kilkee beach around 3pm this afternoon. It is understood property was being got from a parked car, when it rolled down steps at the car park near the lifeboat station end of the prom.

While the seafront and beach was packed, nobody was reported to be injured.

The front of the car hit the sand and it remained balanced on the last step. The tide was out at the time but was on the turn. An effort was immediately put in place to recover the car.

An examination is being carried out at the scene of  a freak accident at Kilkee beach around 3pm this afternoon.
Previous In search of bats
Next Clare companies up-skilling