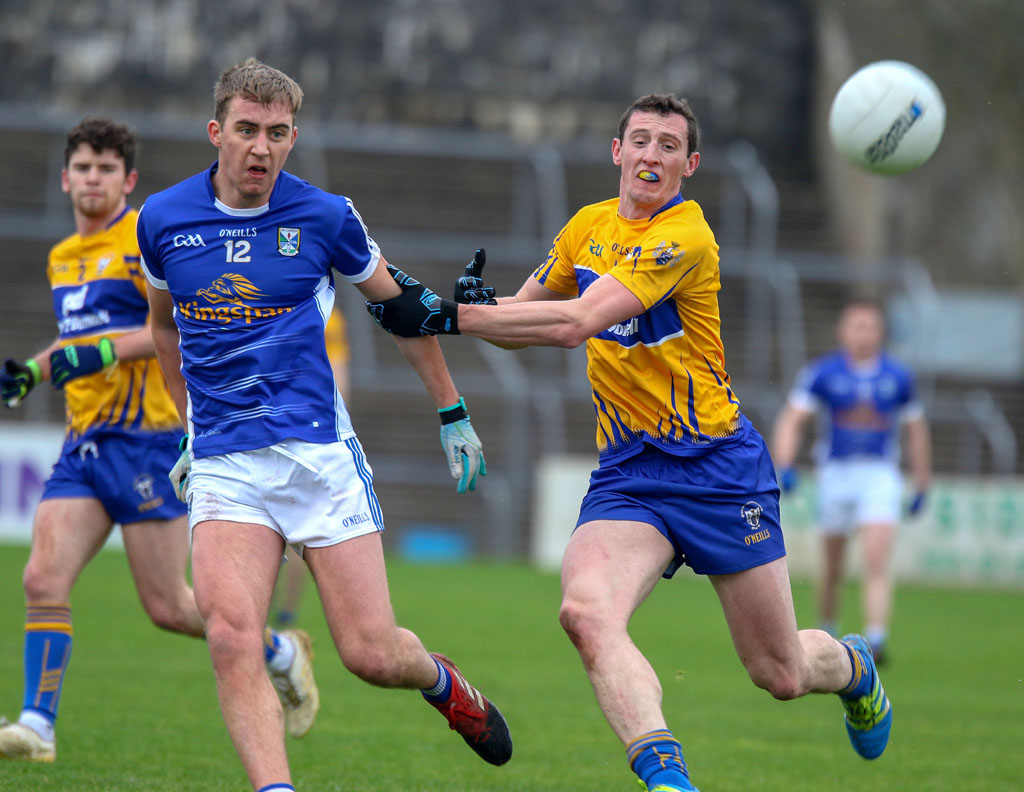 Footballers head to the Royal County

AS they head for Meath on Sunday, the Clare footballers and management will feel confident they have the capacity to kick a match-winning total.

However, they will also dwell on the issues that were highlighted against Cavan and Cork in the McGrath Cup final.

In those games, Clare have conceded 5-15 from play, while they kicked enough themselves to win either game.

Management are introducing younger players to pivotal positions and those players must be given time to learn what football at this level is about. Based on what they have conceded in the games referred to, Clare will have to look at slightly readjusting their defensive plan for Meath, who beat them by nine points in Ennis last season and who drew with Roscommon on Sunday.

They could opt to play a sweeper, if not for the entire 70 minutes, perhaps in the opening 15 minutes, to help them to settle and get a foothold in the game. Employing a sweeper is often seen as a negative but if the extra defender is capable of directing play from the back and can break out with possession, they are often as effective at setting up attacks as they might be at defending.

Critically, Clare are not doing well on their own long kick-outs and are much more comfortable retaining possession from short kick-outs. Having an extra defender to show for them would definitely help in that regard.

It has to be noted that Clare were without three key players in David Turbidy, Seán Collins and long term absentee, Kevin Harnett, against Cavan. Therefore, the depth added to the panel by the younger players was negated by not having the three experienced players available, while others, including Martin McMahon and John Hayes, have not yet returned.

Eoin Cleary felt their draw against Cavan was down to a few issues, some of them self inflicted.

“They were patient and they worked the free to level it. It’s frustrating really because we had a lot of chances that we didn’t take. Our shooting efficiency let us down. We have a new, young team. There are a lot of guys gone and the new guys are going to have to get used to the system. You saw that lads are getting to know each other. We didn’t seem to work as well as a unit, as we normally do. The league is going to be a learning curve,” he said ahead of the trip to The Royal County.

“The McGrath Cup was of some use to the younger lads but you can’t beat league or championship football to get used to the heat of it. Even the more experienced players are always learning and, unfortunately, we made mistakes and we’re going to have to look at the video analysis and see how we can pick it up.”

Clare footballers head to Meath on Sunday in Division 2.
Previous New lease of life for Our Lady’s site?
Next Clare expect a tough tie in Nowlan Park