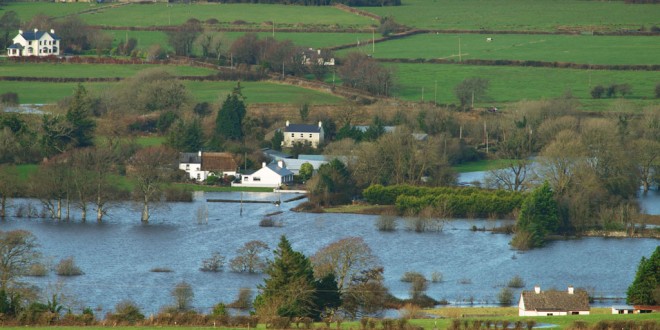 A local representative is warning that living under threat of flooding is having a negative impact on the mental health of people in South Galway.

County councillor, Joe Byrne is calling on the Government to seek a derogation from Europe in relation to the Habitats Directive, in order to allow flood prevention works to take place.

The Kinvara man wrote to the Office of Public Works last week, after it emerged that a representative of the OPW, who had been invited, would not be attending the September meeting of Galway County Council on Monday.

“In fairness to the OPW, I think their hands are tied because they will come back to us and say the Habitats Directive prevents us from doing X, Y and Z. So, unless the Irish Government goes to Europe and gets a win-win situation, whereby they agree some sort of derogation on the Habitats Directive, we won’t be able to do this work, a lot of it. This is ongoing for the past 15 years. Progress is being prevented by environmental constraints. I would recognise environmental constraints but surely the flooding is causing a problem environmentally as well,” he said.

“If we don’t solve the problem when there are no floods, we will have floods again next year. The point I am trying to highlight is that there are technical solutions to the all the problems of flooding in South Galway. All the reports confirm it. But the problem we are having is that the cost-benefit analysis and the environmental criteria are scuppering our efforts to solve the flooding problems,” he told The Clare Champion.

In his letter to the OPW, Councillor Byrne highlighted the “annual problem, which not alone is affecting the quality of the land affected, but also the heath, well-being and livelihoods of the people in South Galway”.

He explained the reason why he raised this in the letter.

The letter states that there are three criteria for determining the feasibility of flood relief works of the type required – technical solution; cost-benefit analysis; and environmental assessment. He said a technical solution exists but that, in his opinion, “The current criteria, as devised by Middlesex University, are unsuitable for areas like South Galway, primarily because our population is not dense enough.”

He described the cost-benefit analysis of 1:1.5 as “a totally unacceptable method of adjudication of people’s lives”.

“These figures do not take into any account the pain and suffering caused to people affected. I would also say that depression and other such mental health issues are not addressed,” he added.

He added that the primary solution to the flooding is to get the water to the sea. This could be done, he believes, by installing weirs in turloughs to maintain minimum water levels and directing overflow into channels bringing water to the sea.

Councillor Byrne is calling for work to begin immediately on the Dunkellin River and Aggard Stream Flood Relief; Kiltiernan/Ballinderreen Flood Relief Scheme; overland channel from Coole to Kinvara; and, the widening of the existing stream between Roo and the sea outfall at Currenroe, Kinvara.

He also requested that the OPW carry out works before this winter, including “maintenance works on existing streams and culverts to ensure free flow of water; maintenance of existing swallow holes, which have become blocked in recent years”.

Councillor Byrne told The Clare Champion that the local authority was “doing good work with minor works and maintenance but that is not going to solve the flooding problem”. He continued, “We know in South Galway that if Coole doesn’t get to the sea, then you don’t solve the problem in Skehanagh and Peterswell. So you have to get the water to the sea and start at the sea and working upstream, not working downstream, as some schemes are being done at the moment, because all you are doing is creating bigger problems downstream.”

Councillor Byrne said he had raised this issue with his party colleague, Minister of State in the Department of Finance and the Department of Public Expenditure and Reform with responsibility for the OPW, Simon Harris, at a “very constructive meeting” some weeks ago.

“There is no point talking about flooding when the flooding is there. We have had that discussion for the last 20 years so let’s talk about it now, when the sun is shining and the land is as dry as a bone because that is when the work has to take place,” Councillor Byrne concluded.

MUNSTER Rugby said this afternoon (Thursday, August 13), they have been assisting an Academy player …