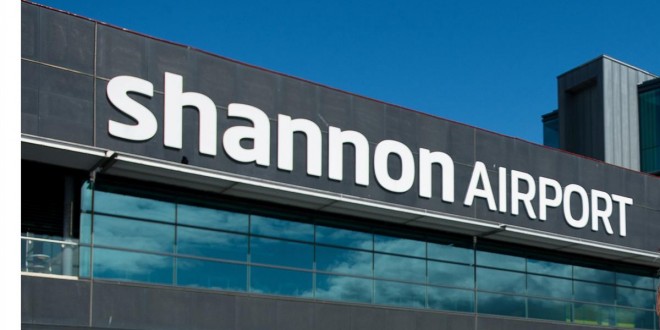 An Austrian Airlines plane diverted to Shannon Airport this Thursday (April 21) and a disruptive passenger was removed from the flight.

It is understood the man, who is 29 years of age, was intoxicated on board the flight which was travelling from Vienna to New York.

The plane landed in Shannon at 1.10pm on Thursday and the passenger was taken from the flight. A senior garda confirmed that the passenger had consumed a significant amount of alcohol and was refused more alcohol on the flight.

“He then became aggressive and difficult to the staff. They had to move a number of passengers away from his area. Obviously the disruption was so severe that the captain diverted the plane, he wanted him removed from the flight as he felt it was unsafe to continue with him on board,” the garda spokesperson said.

The man is understood to be from Albania originally but has been living in the United States for 25 years and had been travelling on an American passport.

Once the flight landed gardaí took a number of statements from the passengers and crew and the man was presented to Irish Immigration.

The passenger was refused landing as he did not have the necessary paperwork to enter the country. It was determined that the passenger would not be charged as this was not an Irish registered aircraft and the offences alleged did not take place in Irish air space. The passenger will now be deported back to the United States. He was brought to Limerick Prison on Thursday where he will be detained until arrangements for his deportation can be finalised.

Carol Byrne is a reporter at The Clare Champion newspaper reporting on news in the East Clare area and the arts. She also covers the courts in County Clare and has received seven national awards for this coverage from the Law Society of Ireland and a National Lottery Local Ireland national media award for Best Community Story 2019. A Masters in Journalism graduate of NUI Galway, she also holds a Bachelor of Arts from the University of Limerick in Music and Media Studies, and a Higher Diploma in Irish Legal Studies. She began her career interning at The Limerick Leader and Clare FM, before taking up a full time post at The Clare Champion in 2006.
@@Carlsburn
Previous Ennis Market closures
Next Kelly chalenges council’s legal spending