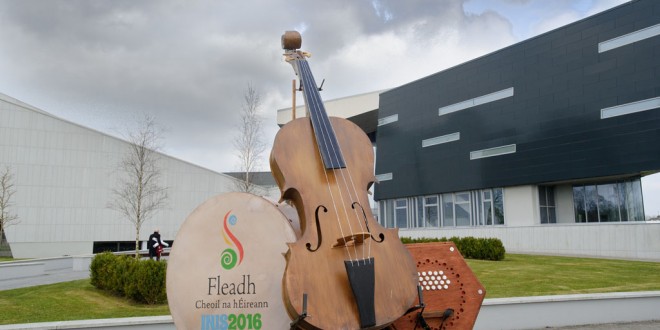 The decision of the Ardchomhairle of Comhaltas Ceoltóirí Éireann to stage Fleadh Cheoil na hÉireann 2017 in Ennis has been warmly welcomed in County Clare.

Hosting the world famous traditional music event for two years in a row is a mammoth challenge but one that we embrace with open arms, according to Mícheál Ó Riabhaigh, Cathaoirleach of Fleadh Cheoil na hÉireann Inis 2016.

“On a Sunday morning during Fleadh Nua in 2010, Frank Whelan, Rory Casey, Pat Liddy and I first discussed the idea of bringing the Fleadh back to Ennis. Little did we realise then, the time and effort it would take to have it back in Clare for the first time in nearly 40 years. To have the Fleadh back twice in consecutive years is beyond our wildest dreams,’ he continued.

“Right now, it’s full steam ahead in Ennis to make this year’s All Ireland the greatest ever. We are learning a great deal in a very short time but acquiring the necessary expertise and knowledge will form the perfect foundation for work on the 2017 event,’ he said.

An estimated 400,000 visitors are expected in Ennis from August 14 – 22. Pride of place will go to the 10,000 performers including competitors from all over Ireland, Britain, North America and elsewhere around the world, who will descend on Clare over nine days this summer.

“Each Fleadh builds on the success of its predecessors, adding the uniqueness of its own place and traditions to the experience gained by hardworking Fleadh Committees down through the years. In Clare we are now asked for the first time ever to step forward and seek to emulate the achievements of other towns that have earned Fleadh Cheoil na hÉireann the reputation that it has today.

“Twice before, the All-Ireland Fleadh has been held in Ennis, in 1956 and 1977, and both were landmark events in the history of Irish traditional music. This year’s Fleadh will be made possible through a co-operative effort involving Comhaltas branches, local authorities, sponsors, business people, sporting organisations and local volunteers. And then we have to do it all over again next year. Bring it on!,” said Micheál Ó Riabhaigh.