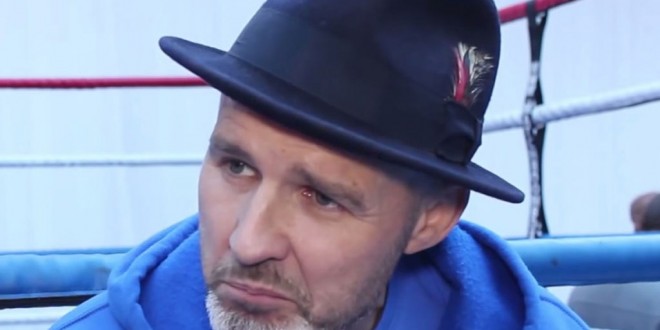 Fitzpatrick, now based in England, grew up in Ennis and South East Clare, and he also spoke of his anguish during training in the US, as his new born son was seriously ill in the UK.

Such was his discipline that even though he was personally tormented, he never told Groves about his troubles, making sure the big punching super middle weight was fully focused on his third title shot.

Now, back home in England, he says that he feels he won’t work with Groves again, having coached him for three world championship challenges, all of them unsuccessful.
While he feels that Groves has all the physical and technical attributes that could yet see him take a world title, he feels it will be very difficult for him to recover mentally from the latest setback, in which he was denied by a split decision.

Fitzpatrick also said he has been disappointed with Groves’ decision to delete his twitter account, without a message to his fans.

Speaking about last Saturday night’s fight, in which Badou Jack retained his  belt, Fitzpatrick says he believes his fighter did enough to win the WBC super middleweight title.

On Tuesday Fitzpatrick told The Champion, “I got home last night and I watched it. I can see both sides, I had him winning by two rounds on the night, Stevie Collins had him winning by a round, Amir Khan (the two were TV analysts on the night) by a couple of rounds the same as myself. Obviously, the most important men, two of the judges, had it the other way. It’s a close fight, when you have a close fight, obviously when you’re away from home that’s not going to go in your favour, and when you have a close fight you can understand if it goes either way. It doesn’t make it any easier to deal with, but lets keep it real, we know what kind of game we’re in.”

While he was disappointed and felt the scorecards weren’t correct he wasn’t bitter. “You can allow yourself to get disgusted by margins sometimes but if it was a situation where I thought we were robbed and the scorecards were ridiculous I’d probably be a bit irate. We weren’t robbed; if we got the decision Badou Jack wouldn’t have been robbed. It was a close fight, I had George winning seven rounds to five, other people had it the same as that and others didn’t, they had it seven-five in the other direction.”

He wasn’t ducking his own responsibility for the outcome, which was his fifth fight with Groves, the others being his two world title fights against Carl Froch both of which he lost, and the victories against Christopher Rebrasse and Denis Douglin.

“If I said I wasn’t frustrated or in any way bothered by it, well then I wouldn’t care about the fight we were in, in the first place. I’m frustrated because we have, as a team, let’s call an egg an egg, a record of two wins and three losses. I have to take some responsibility for that. You can’t be part of a team and then say I have got nothing to do with it. If you’re part of a team, you’re part of a team. His wins are partly my responsibility and his losses have to be too, that’s the only way for me to look at it.”