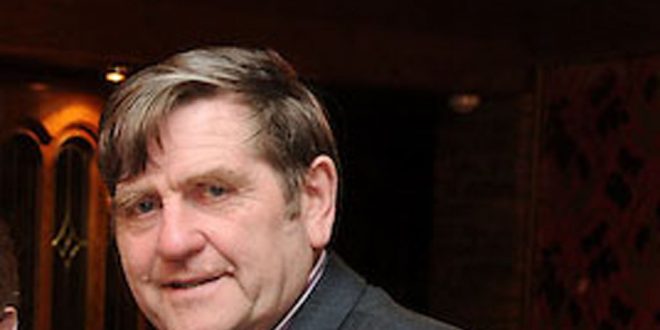 IT has emerged that county secretary Pat Fitzgerald’s “contract with Croke Park expired on July 1”, according to board treasurer Bernard Keane. He was replying to a query from O’Callaghan’s Mills delegate Noel O’Driscoll.

Mr Fitzgerald said, “It was put to the delegates at a board meeting two years ago if you wanted me to report here or to Croke Park and you opted that I report here. In 2015, I was asked to supervise the development at Cusack Park and I agreed. There is no longer a stipend from Dublin. I took a significant cut in my pay”.

Earlier in the meeting, Tulla GAA Club’s Brian Torpey had disapproved of comments made by Mr Fitzgerald in his report. Referring to the decision of team manager Davy Fitzgerald to step down, the secretary had said, “The two goals leaked to Galway were horrendous defensive blunders and for those, the players have to ship the blame”.

Mr Torpey commented, “No one knows better than a player himself if a game does not go well.”

“Do you not have confidence in the treasurer of the board that these accounts are not under his control?” Coolmeen delegate Martin O’Brien asked.

Responding to this claim, Mr Fitzgerald said, “Croke Park gave a contribution to a holiday, which had cost the county board €38,000”.

Mr O’Driscoll stated, “The Friends of Clare in New York wrote a cheque for €57,000 in February 2014, while an individual from a neighbouring parish of my own wrote a cheque of US$15,000”.

Board chairman Joe Cooney paid tribute to both supporters clubs for their work and for “raising much-needed finance”.

“A new hurling supporters club is presently being formed,” he added.

Asked again by O’Driscoll if he [Cooney] planned to bring these groups under the umbrella of the board, Cooney said, “We will meet with the groups in the new year and discuss where to go then”.

Meanwhile, the executive of Clare GAA County Board remains unchanged for 2017.

In the only contest on Wednesday evening, John Fawl (Ennistymon) was re-elected as the Central Council delegate, defeating challenger Noel O’Driscoll.