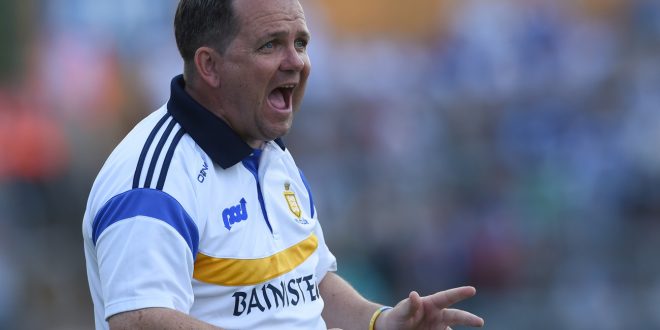 REPORTS are circulating this evening that Davy Fitzgerald’s colourful five-year term as Clare senior hurling manager will end within days.

There had been speculation that several high-profile members of the Clare squad were set to depart if the Sixmilebridge man remained in place. However, sources who were part of the Clare backroom team throughout 2016, have indicated that around two-thirds of the panel were actually in favour of him remaining in place for 2017.

The position of Clare manager has been much discussed throughout the county since Clare’s disappointing exit from the championship at the hands of Galway and many supporters wanted to see change.

While Fitzgerald’s departure has not even been confirmed yet, Donal Moloney and Jerry O’Connor would clearly be among the front runners to succeed him, given their role in bringing three U-21 All-Ireland titles to the county.

The highlight of Fitzgerald’s time in the Clare job was the 2013 All-Ireland, when he brought a team that was unfancied at the start of the year to glory in September. However, despite capturing a national league title this year, Clare never came close to reaching the highs of 2013 in the following three championships, failing to reach an All-Ireland semi-final.

Fitzgerald himself suffered bad health during this year’s championship and had minor heart surgery shortly before the All-Ireland quarter-final against Galway.