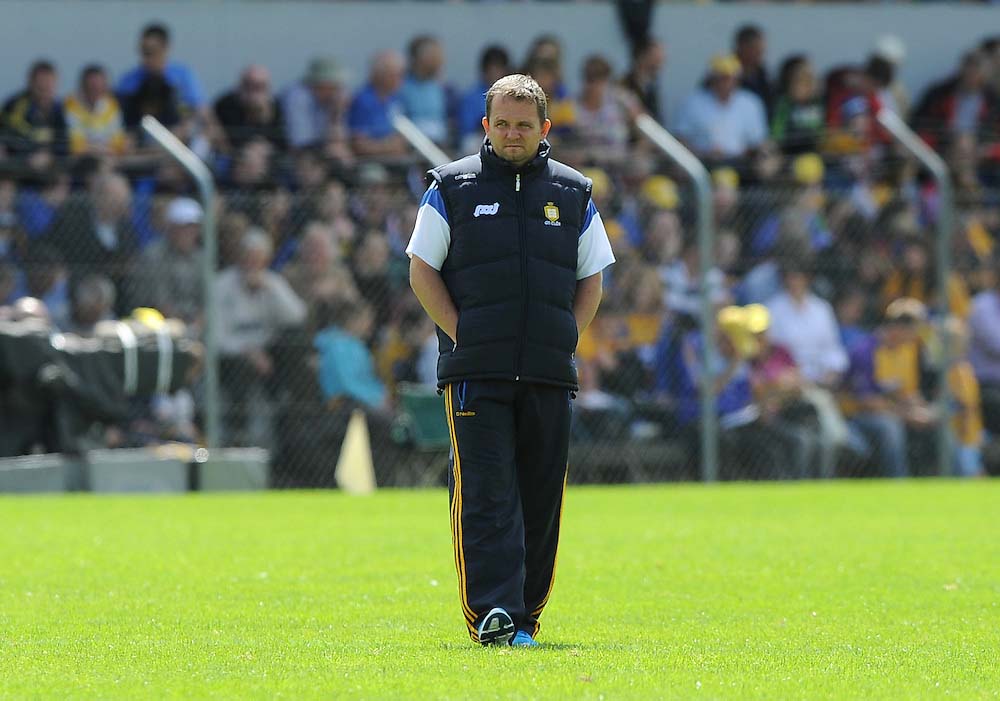 Clare take on Wexford this Sunday in Cusack Park in round four of the National Hurling League, with the Leinster side to be led into Ennis by former Clare All-Ireland winning player and manager Davy Fitzgerald.

The home side come into the game off the back of a disappointing loss to Cork last weekend while Wexford battled past Tipperary to pick up their second win of the campaign.

Sunday’s game will mark the first time Davy Fitzgerald has returned to Cusack Park as the opposition since taking up the role in the south-east, but facing Clare is not something new to the Sixmilebridge man, with the Banner ending Wexford’s championship season at the quarter-final stage last year.

The Slaneysiders have made a strong start to this season’s campaign, as they recovered from an opening round loss to Limerick before wins over Cork and Tipperary.

Fitzgerald says last weekend’s win over the Premier was hard-earned.

“We scraped over the line by a point, and it could have gone either way, but we got the result so we are delighted with that. I have seen a lot of the games already and the one thing that stands out is there is so little between any of the teams, it’s quite even. Teams are really trying and it’s really competitive. They can say whatever they like about there being no relegation, but no one likes losing. If you’re involved with a team, you want to win because that breeds confidence, so the competitive side of it hasn’t really surprised me because I know the nature of the beast you are dealing with. I would expect that from every team that they would want to win as many games as they possibly can. From our own point of view, we have tried about 24 different starters and we will probably have a few more this weekend. I’m happy enough that the lads are working well, but you just never know on the day what the story is going to be.” said the Sixmilebridge man.

One more win for his side would see them safely into the quarter-finals in what is the last year of the old structure of the league. For Fitzgerald, Sunday will see him patrol the sideline in Cusack Park as Wexford boss for the first time against his native county. He’s looking forward to being back in familiar territory as his side go in search of a place in the last eight.

He said: “I have had a lot of days in the Park between playing for Clare for over 20 years and managing them for five, so I have a lot of time spent in Cusack Park so I will be no stranger there anyway. I will be giving my all to Wexford on the day, but I will always be a Clare man whether people like it or don’t like it. I will be certainly doing all I can though to make sure that our Wexford lads can give the best performance they possibly can. I was actually down in Cork at the Clare game last weekend and to be honest, I felt the better team lost. I thought Clare did quite well but at the end it just slipped away. They should have been up at half-time by about six or seven points and I think everyone would agree with that. I expect a real sting in the tail from Clare on Sunday, I expect them to come out all guns blazing because they will be disappointed with the last day. Everyone in Wexford knows that we are going to be meeting a Clare team that will be well up for it. Cusack Park is a place that is special for Clare and I know in my time, we always targeted winning games there. It’s always very hard to beat Clare teams in the Park. I was actually there last week for the Fitzgibbon game and I thought the pitch looked in great nick”.

The last time these sides met was in Pairc ui Chaoimh last summer when Clare ran out comfortable winners en route to a first All-Ireland semi-final since Fitzgerald was manager in 2013. He’s expecting another tough test for his side this time around.

“I think the way both sides play, it lends itself to long and short ball and playing every style of hurling. It’s not just one style that either side plays which is great to see. That’s my view on hurling, I like to see every kind of style played and let the lads play what’s in front of them. I think you will see that on Sunday and it will be a battle. Even though things didn’t go Clare’s way the last day, that’s not to say they won’t on Sunday. That will happen, where you get days where things just aren’t working out and then other days they do. I don’t think Clare have done too badly, and those lads know themselves they are an experienced team and they will get better as the year goes on. I have a really good feeling for Clare this year. There are still the bones of the team there from the last few years but it’s important to be bringing lads through all the time. Diarmuid Ryan has been going really well, Colin Guilfoyle has added to it, Cathal Malone has settled in well to the half-back line and it’s nice to see the likes of Shane Golden going well at midfield, I think he has been going really well there in the last few games” he said.

It’s shaping up to be a busy 2019 for Davy Fitzgerald, as he will also be involved in the backroom team of his native Sixmilebridge under the stewardship of manager Tim Crowe. It was news that created plenty talking points around Clare GAA circles when it broke, but the former custodian feels it may have been blown up to something more than it is.

“I had to laugh at the amount of publicity it got to tell you the truth. Brian Cody helps out his own club and there’s nothing said about it. I am going back in to give a hand with coaching and your club is your club. I am extremely proud Sixmilebridge man and if I can give a hand with the coaching, of course I am going to do that. Tim Crowe is the manager who is very serious about what he does; you have Paddy Meehan who has managed the club on numerous occasions, so there’s a good team there. I will help out when I can, and it’s nice to be able to be there and do that” he noted.

Last Sunday was a special day in Wexford Park for Fitzgerald, but not just because of the result on the field. 11-year-old Michael O’Brien from Kerry was the special guest in the home dressing room before the game, after being invited to the game by Fitzgerald as part of the 2018 Late Late Toy Show. He stole the hearts of the nation on that night, and on Sunday, he captivated the Wexford dressing room with his pre-match speech. The visually impaired youngster managed to do something that doesn’t happen too often, as he relegated Davy to the back bench as he prepared the war cry for the Wexford team before they took to the field. Fitzgerald says everyone was enthralled by the young man from the Kingdom.

“It was really good. He gave a team talk in St Peter’s College before we came down to the field and he hit the spot. I had nothing to do with what he said, he was just excellent. The lads really enjoyed him and it really puts a lot of stuff into perspective about life. I said to the lads yesterday that we are so lucky we have our health and we can go out and play. This young man was brilliant and I think he really enjoyed his day which was great to see” he concluded.

Clare v Wexford gets underway on Sunday in Cusack Park with a 2pm throw-in.

Previous This Sporting Life
Next Hurling Awake In The West