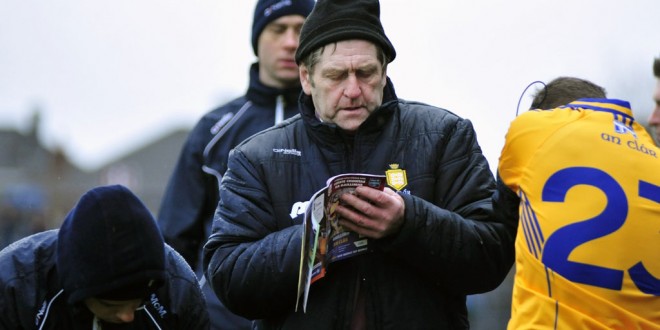 Fitzgerald Hints At Term As Clare GAA Secretary Running Until 2023

Secretary of Clare GAA Pat Fitzgerald has hinted that his current contract for the position runs until 2023.

It came after a query from Eire Óg delegate and former intercounty referee Rory Hickey, with the secretary stating that “my first contract was in 2009, my second was in 2016 so you can work it out yourself from there”.

Hickey’s query was a follow up from an initial discussion on a motion from Tulla GAA club, in which they asked “that all future nomination papers include a full list of current positions, including names, and reasons, if any, why any particular position may not be nominated”.

Tulla delegate Brian Torpey asked why the secretary role was not on the nomination papers, with chairman Joe Cooney outlining that some positions are not voted on, and are picked by the county committee and officers later on.

Mr Torpey stated that he had asked the question at two previous Conventions, and was told at one that the secretary has to be nominated every year and was told the following year that the secretary had agreed to remain in the position until works in Cusack Park were completed. He asked for Mr Fitzgerald to clarify what the situation was in relation to the position of secretary.

In response, the secretary informed delegates that he had been in the position in a voluntary capacity until 2009 when he was offered a contract, and had received another contract in 2016. He outlined that he has also addressed this issue two years ago, and stated that he is secretary of Clare GAA in a full time capacity. He also clarified that the positions of Development Officer and Children’s Officer were also not on the nomination papers for 2020 along with the Secretary role.

Mr Torpey concluded by stating that “If you want to find out, ask, and no better man that Pat to answer you”.