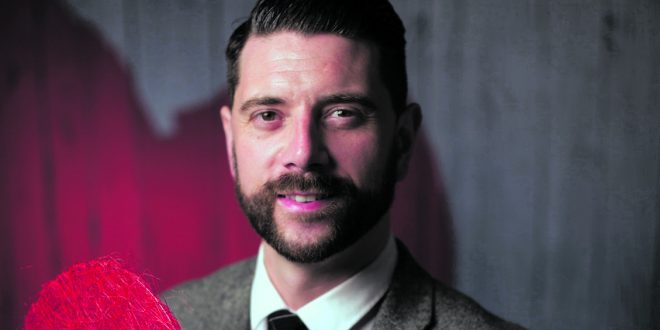 ENNIS man Timmie Murphy has been slated on social media over the last week, following his appearance on First Dates Ireland.

However, in an interview with The Clare Champion, he said the cyberbullies’ views are not upsetting him, while he pointed out he did not set out to hurt his date on the show, Donegal man Richard McNeil.

While Richard was obviously very keen to meet Timmie again, the 34-year-old, who is now based in Dublin but is originally from Golf Links Road, ruled it out. 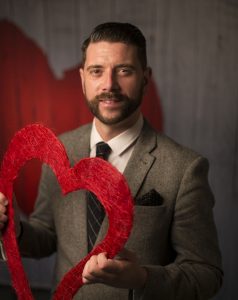 Much of the online criticism of Timmie came because he urged Richard to say if he wanted to meet again first, even though his own mind was already made up. However, Timmie said he really thought there was little chance Richard would want to see him again.

“I was as honest as I could be. I genuinely thought he would have said no to me. We got on but we got on as friends. We were sitting there for an hour but what goes out is 10 minutes of the date. We talked a lot about different things, a lot about my life and his life. I just felt we were more friends the whole way through it. He had just come out of a straight marriage and stuff and I just thought that he would not want to see me again. That’s why I let him go first.”

He said he was letting Richard do the rejecting, almost as an act of generosity.

“He’s relatively new on the gay scene. I’ve been on the gay scene for a few years and I thought ‘I’ll let him reject me’. When he turned around and said ‘I want to see you again’, I just thought ‘shit, now what am I going to do?’ He is a nice guy, so I wasn’t going to lead him along; there is no point in doing that. That’s kind of where I got all the backlash, I think people thought I was setting him up to fail. I would not under any circumstances have done that at all. It might have come across like that but it genuinely wasn’t.”

Timmie also got stick online for allowing Richard to pay for the meal they shared but he feels the whole picture didn’t reach the public.

“You can see I did offer. He insisted and that was going on for about 20 minutes. The waiter was like ‘Guys, we need to wrap this up’. Again, it was all cut down.”

After Richard was rejected, he was interviewed alone as he cried with disappointment and it was only last week that Timmie saw that footage when the show was aired.

“It’s kind of hard to comment on it; it was such a long time ago. I did message him and I did say I didn’t realise. He said it himself, it was something filmed months ago. It was kind of something we had both forgotten about.”

Timmie must have been unprepared for the amount of negative online comment that has come his way over the last week but he said it hasn’t upset him too much.

“I’m so thick-skinned. I’ve never been someone who sat in the background. People can go on the internet and say what they want and stuff. I’m not surprised in one way. How it came across, it might have looked like I was setting him up to fail.”

Since the show, he said he has had a lot of support, while he also said some of the negativity is down to a lack of understanding of his offbeat sense of humour.

“When it went out, my phone just blew up and it was all friends, family, people from around Clare saying ‘you were brilliant, really entertaining’, so I was kind of going ‘this is good’. Then the whole Twitter trolling started and all that kind of exploded, the newspapers and stuff. So many people recognised me on the street and I think it was 50-50, you either hated me or loved me. If you loved me, you realised I was just being entertaining and all that talk I was doing about myself was just me ripping the piss out of myself. Saying I’m a princess and that, I don’t genuinely mean it, that’s just me ripping the piss out of myself. That’s my sense of humour.

“You have 4,000 people auditioning to get on a show, you need to be a little bit different. I kind of stepped up to the mark a little bit and I guess some people don’t like to see that.”

He has been single for several years and said he wanted to see what type of person the show’s makers might fix him up with.

“I thought it’d be a bit of fun and I kind of wanted to see who they’d match me with. I go out at weekends and stuff and I suppose I’m looking for one particular type of person. I had watched the show before and I thought ‘let’s just see who someone else would set me up with’. I said I’d just go with it and see what happens.”

While he wasn’t particularly interested in the person he met through the show, and he has been the subject of much online jeering since, he still said he would probably go on it again.

The support he has received over the last week has helped him cope with the negativity, he stressed.

“Because of the massive support I got from people in Clare, it makes me realise I don’t care about these online bullies. That’s all that matters to me, what friends, family and local people thought of me, not what strangers on the street thought.”