Home » Breaking News » FG and FF still on top, but not as dominant-analysis 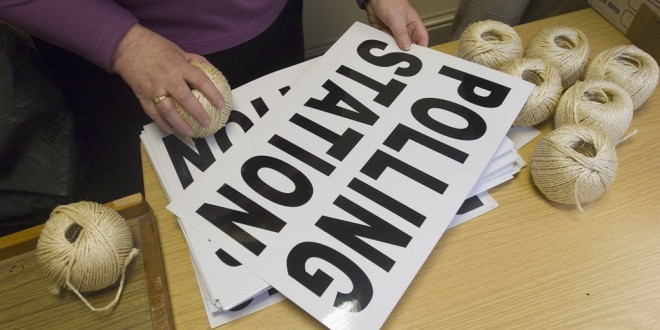 FG and FF still on top, but not as dominant-analysis

FIANNA Fáil and Fine Gael are the Old Firm of Clare politics, but their dominance has definitely waned, and it may dip a little further this weekend.

For decades the differences between the two parties have been regarded as very minor in ideological terms, and between them they won the vast majority of Clare votes in election after election. They are still likely to win a combined three seats in Saturday’s election, but the first preference percentage will be way below what once could have been expected.

By the standards of 2020 it would be remarkable, but back in 1992 more people voted for Fianna Fáil candidates than all of the other entrants combined.

In that year’s general election Clare had a total valid poll of 44,608 voters. Fianna Fáil took a massive 23,088 votes of those, almost 52% of the total. Fine Gael took another 11,440 number ones, giving them just shy of 26%, and the two centrist parties had 77.4%. This came in what was actually a break through election for the non Civil War parties with Labour’s ‘Spring Tide’ seeing Dr Bhamjee defying the odds and taking a seat in Clare.

In 1997 fewer than one in five voted beyond FF and FG, while even in 2007 the Old Firm secured 79.24% of the total valid poll, dividing the four seats equally.

However in 2011, with the economy having crashed and the Troika taken control, the incredible vote getting powers of Fianna Fáil in Clare began to wane, and have not fully recovered since. In that election they took 22% of the vote, less than half of what was once a legitimate expectation.Fine Gael did take 42%, but now one third of the electorate were looking beyond the big two.

In the last general election their combined share of the vote was down again, to 56%, not that different to what Fianna Fáil on it’s own could expect to win in the 1990s. Now in 2020 it is increasingly clear that the old two party duoply is unlikely to return.

Throughout the campaign the Green Party’s Roisín Garvey and independent Michael McNamara have both been tipped as potential TDs. While Sinn Féin’s campaign has been lacklustre in Clare, there is a widely held view that if things had worked out a little differently, it would have had a real chance of winning a seat, with the party hitting 25% in national opinion polls this week.

One veteran of Clare politics, associated with one of the major parties for many years, said that the voting pattern has declined in part because people are more inclined to vote on issues now, rather than a shared sense of identity with a major party. “There are a number of factors. First of all the changing generations, the sons and daughters of the people of the previous era aren’t as locked into politics as their parents were and there are issues there now that weren’t there in the 90s. For example the pension issue, the health problems weren’t as bad as there is now, while there is a view now that it’s Dublin versus the rest.

“Years ago on the doorsteps you’d be told ‘We’re Fianna Fáil’ or “We’re Fine Gael’. Now you’ll be asked what the hell are ye doing with the health services. People know ask how things affect me, not how do they affect my party. Back then it mightn’t even matter what the party were doing, but people now are thinking about their mortgage or do they qualify for a house.”

He said that people from families that were once very associated with Fianna Fáil and Fine Gael are currently canvassing for independent Michael McNamara. “The old 1921 politics is gone, primarily because the people who were part of the 1921 politics are also gone and their offspring are thinking in a different way.”

He feels that Mr McNamara is winning a sizeable amount of support, that will propel him back into the Dáil, while he also forecast that Róisín Garvey will perform well in urban areas. “It won’t be a surprise if she does reasonably well. She’ll get nothing out the country but among younger voters in towns she might do reasonably well.”

He predicted that Garvey and McNamara will both nibble further into Fianna Fail and Fine Gael support, with the Old Firm dominance set to decline a little further in the first election of the 2020s.

Owen Ryan has been a journalist with the Clare Champion since 2007, having previously worked for a number of other regional titles in Limerick, Galway and Cork.
Previous Clare electorate up by over 8,000
Next Draws Made For 2020 Clare U-21 Hurling Championships