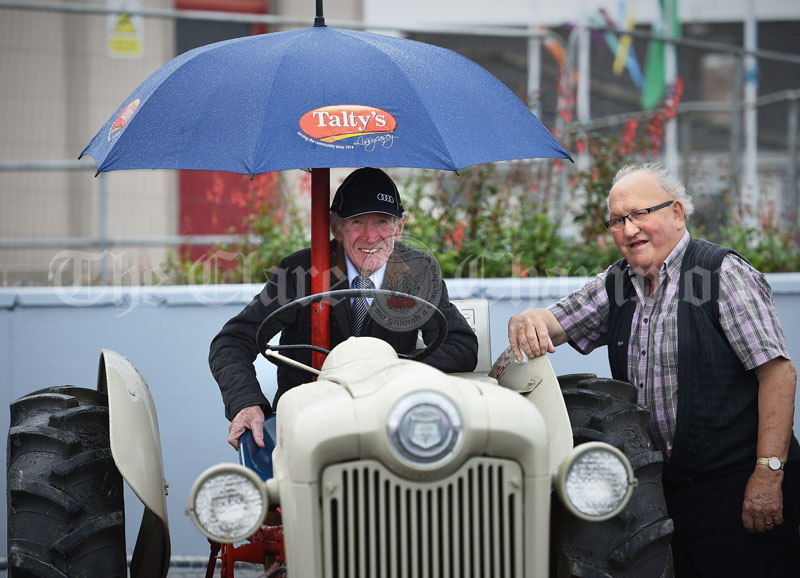 Councillor PJ Kelly, who supports the election of a new national government. Photograph by John Kelly

GROWING unease about the proposed coalition of Fianna Fáil, Fine Gael and the Green Party has been expressed in a survey of local FF councillors.

Councillor P J Kelly claimed the most patriotic duty at this point in time is to “ensure that Sinn Féin doesn’t take over any future government”.

“I am in favour a national government. This idea of letting Sinn Féin be the total opposition, we will end up with Sinn Féin in government down the road and any foreign investor in this country would be gone in a few days.

The Lissycasey Councillor said a lot of grassroots members viewed the Confidence and Supply agreement, which Fianna Fáil entered into with Fine Gael in the last government, as “bad judgement” and felt the latest coalition option would also be “bad judgement”.

“I have been speaking to Fine Gael representatives who have broadly the same view who feel we are just one step closer to amalgamation. In the next General Election we would have FF and FG in one bracket versus SF.

“I feel Micheál Martin should have spoken to SF from day one. There seems to be more of a common bond between FF and SF historically and from their roots.

Councillor Kelly warned that any coalition deal between the three parties will not be passed by the FF or FG membership, this could take another two months to process leaving FG in a strong position to call another General Election and they could return with a majority on the basis they did a good job managing the Covid-19 crisis.

“I have met die-hard FF members over 60 who said ‘Kelly if they join with FG, never again will I vote FF’”.

He claimed the Confidence and Supply agreement was a “mess that defied all logic being in opposition and supporting the government”.

Councillor Bill Chambers is undecided but doesn’t like the idea of a FF/FG deal as FF got very little credit for propping up the last government.

Councillor Cillian Murphy wants to see what is delivered in the Programme for Government, doesn’t have an ideological problem with joining with FG but disagreed with the exclusion of Sinn Féin from coalition talks.

Councillor Mark Nestor said some FF members felt FG had not delivered on housing, health and homelessness in the last government and were very concerned about making a deal while others were open to the need for a stable government to tackle the economic crisis.

After the General Election, he felt it was a bad move to leave SF out of talks but now his position has softened and pledged to reserve judgement on the final programme for government.

Councillor Pat O’Gorman isn’t in favour of the three-party coalition, disagreed with the decision to exclude SF from coalition talks and feels SF and Labour should be included in a national government to tackle this national crisis.

Councillor Tony O’Brien said he was opposed to the current coalition proposal and disagreed with the decision to exclude Sinn Féin who secured almost 25% of the first preference vote in the last General Election.

The Killaloe Councillor said a national government was the best option to provide a unified approach to tackle the economic crisis caused by Covid-19.

“I don’t think the confidence and supply agreement was a success and some people feel coalition is ‘more of the same’”, he said.

Councillor Alan O’Callaghan is also personally opposed to the current proposal and called for the provision of a national government for the next 18 months.

The Kilmurry publican claimed FF were punished that the last General Election for entering into a Confidence and Supply agreement with Fine Gael and noted some voters now felt they was very little difference between the two parties.

He stressed it is vital that FF members have a vote on the coalition deal.

Councillor Pat Hayes acknowledged a few weeks ago he had called for a national government but now felt this is unlikely and is waiting to see what will be delivered for rural Ireland in the final Programme for Government.
“FF are now caught in no man’s land and are not seen as a republican party. Confidence and Supply delivered nothing for FF. We need to tackle climate change but farmers feel they are being unfairly targeted and we have to look at all measures to tackle this issue,” he said.

Councillor Shane Talty admitted there is an element of disquiet among local FF members who are blaming the Confidence and Supply agreement for a disappointing General Election result.

While Councillor Talty had a preference for a national government, he hasn’t made a final decision and is waiting to see what is delivered in any Programme for Government that is agreed by any coalition parties.

Councillor Joe Killeen expressed a preference for a government with FF, FG, the Greens and some rural independents as it is vital that any Programme for Government includes measures to revitalise rural Ireland.

Councillor Pat McMahon also supported a similar make up of parties and independents for the next government to deal with the world economic crisis.

Councillor Clare Colleran-Molloy said she would have supported a national government, which probably will not happen now and noted a General Election in the middle of a pandemic is a worse case scenario.

Councillor Pat Daly proposed the election of a national government and warned if Sinn Féin are excluded from the next coalition, Fianna Fáil will suffer a lot more than Fine Gael at the next election.