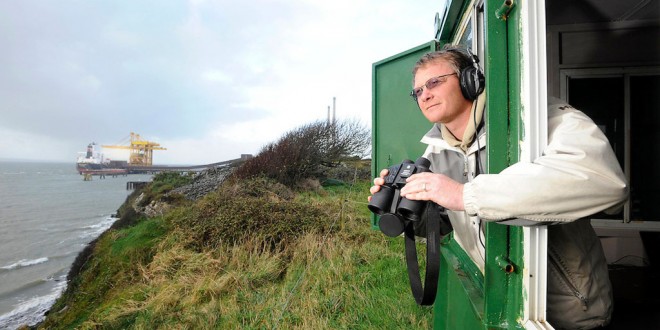 Sr Simon Berrow at the observation hut in Moneypoint. Photograph by John Kelly

ALTHOUGH a report published by the Zoological Society in London has found that the effect of pollution on bottlenose dolphins in the Shannon Estuary is the lowest in Europe, Dr Simon Berrow of the Kilrush-based Irish Whale and Dolphin Group (IWDG) has expressed alarm at the level of pollution in the estuary.

Levels are above the toxic threshold thought to impact on bottlenose dolphins’ health and reproduction.

Information collected by the IWDG in Irish waters fed into the research led by Dr Paul Jepson of the Zoological Society.

Dr Berrow, project manager with the IWDG and lecturer in applied freshwater and marine biology at Galway-Mayo Institute of Technology, was one of the co-authors in the study.
“We provided samples from bottlenose dolphins in the Shannon Estuary for the study and, although concentrations in the Shannon dolphins were the lowest in Europe, the levels were still well above the toxicity threshold, which leads to serious impacts,” Dr Berrow said, adding that the overall report findings are disturbing.

“It’s quite shocking. Pollution concerns have decreased in recent years, as many of these chemicals are no longer produced and other issues, such as climate change, fishing and acoustic trauma, have become greater conservation issues in Europe for dolphins and other marine mammals. However, this study shows the threat pollution poses to our coastal species has not gone away and, indeed, is far greater than we expected,” Dr Berrow said.

The Europe-wide study explored levels and trends in organochlorine residues in a number of populations throughout Europe, including bottlenose dolphins and killer whales in Ireland.

Biopsy samples from eight dolphins resident in the Shannon Estuary were included in the study, which is the largest investigation of persistent pollutants in dolphins in the world. The results showed that although many of the most toxic organochlorines are no longer produced, concentrations in a range of species and populations throughout Europe are so high as to impair reproduction and, in some cases, could lead to the extinction of these populations.

“Organochlorines, such as poly-chlorinated biphenyls (PCBs), were manufactured from the 1920s but were banned in the UK in 1981 and in the rest of the EU in 1987. However, less than 10% of the total PCBs manufactured have entered the marine environment, so it is imperative we prevent more entering through, for example, leakages from landfill and re-suspension during dredging,” Dr Simon Berrow said.

He continued, “PCBs have been shown to have a wide-ranging impact on human and animal health, from links to cancer to suppressing the immune system and causing reproductive failure. PCB contamination seems to be have a marked effect on breeding success and are a particular issue for calves. When a mother is lactating, up to 90% of her PCB body burden can be passed into the calf across the placenta and through the milk, leading to death of the calf. In highly contaminated populations, it may take a number of calves to die prematurely, to lower the concentrations in the mother to levels where a new calf may be viable.”

The report stresses the importance of the threat of persistent pollutants, such as organochlorines, is taken seriously and all efforts are taken to ensure none enter the marine environment.

“This is just the tip of the iceberg and if we looked at the concentrations of other contaminants, such as polychlorinated dibenzofurans, polychlorinated dibenzo-p-dioxins and the brominated flame retardants, we would discover our dolphins and whales are swimming in a cocktail of persistent pollutants having unknown but potentially catastrophic effects on them and other marine life,” Dr Berrow warned. 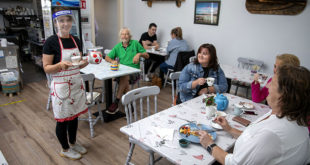 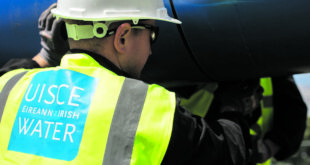