Home » Sports » Feakle ready for their date with destiny

FEAKLE are on the cusp of creating history as they face into their first ever Munster final this Sunday, taking on Charleville of Cork in the Gaelic Grounds in Limerick.
Feakle last won a senior county title in 1988 but lost their Munster semi-final to Waterford side Mount Sion. Thirty years later, Feakle made no mistake with an authoritative display against a Waterford side when they beat Clonea by nine points. Feakle is far from a massive parish but supporters flocked in their droves from East Clare to Fraher Field in Dungarvan and Gary Guilfoyle paid tribute to those who did.
“I think they outnumbered the Clonea crowd by two to one. The whole place has been buzzing for the last few weeks, since before the semi-final. We are even getting crowds at training now,” Gary said.
The name Guilfoyle is synonymous with hurling in Clare and in Feakle. But bad luck with injuries and the name Guilfoyle also go hand-in-hand. Gary’s father, Tommy, has a well-documented track record of injuries but it was Gary’s turn to dice with danger recently.
“We [Tommy and Gary] were just cutting timber on the Monday after the county final and Dad was on the saw. It went down through the wood and kicked back up off of a knot or something and flew up and clipped my baby finger and there were just a couple of cuts on the side of it. It missed the bone, the tendon and the ligament, luckily. Going by Dad’s track record with garden machinery, I should have known better,” Gary joked.
“The word went out that I cut my hand, which nobody would be surprised about,” joked Tommy Guilfoyle, continuing, “when it came out that it was I that cut him then, I think it was a case of fellas being more mad at me than him. Sure if it went worse he would’ve blamed it on me anyway, but luckily it didn’t.”
Tommy paid tribute to the current crop of Feakle players, saying, “They were bred to do nothing else only hurl. When you’re from a small place in rural Ireland, hurling is your identity. When rural populations are under attack, the hurling team are the flagship of the parish.”
Gary described his relief at Feakle returning to the senior ranks for 2019, straight after suffering relegation last season, and while there was expectation that Feakle would bounce straight back, this expectation also brings with it pressure to perform. This pressure has since been cast aside and Feakle can hurl with freedom now that their main aim of the season has been achieved.
“We knew ourselves if we trained hard and played like we could that we had a great chance to win the county championship so it was a great relief to beat Tubber to achieve that. We knew a little bit about Clonea but we didn’t know any of their players, so it was just a chance to go out and express ourselves. We are kind of into bonus territory in Munster.
“We celebrated the Saturday night and Sunday after the county final but we said then it was time to give it a right go and make a name for ourselves in Munster,” Gary confessed.
Feakle are unbeaten in championship hurling this year, weathering some very attritional games – particularly the first quarter-final against Broadford – where they were five points down with two minutes remaining in the first game but managed to conjure two late goals to force a replay.
Feakle have displayed real tenacity and leadership from within this year and none more so than midfielder Shane McGrath. He recorded an outstanding 18 points in the county final victory over Tubber and notched 1-9 (1-6 from play), in the Munster semi-final against Clonea. Shane will have illustrious company in the middle of the field this Sunday in the form of Daragh Fitzgibbon and whoever wins the battle of midfield will likely win the game.
“Shane is a real leader for us and comes up with scores that I don’t know how he does it. He is an unreal talent and if he gets the ball, it’s 99% certain to go over the bar. The same can be said about Fitzgibbon – he’s an All-Star and probably should have gotten Young Player of the Year. He is a serious talent and will take serious minding.
“The two lads will probably not end up marking each other as they both like to go forward so it will probably be a man-marking job to whoever picks them up and that may afford opportunities to others like Raymond Bane, who popped up with three goals the last day. There are seven or eight lads on our team that could do that,” explained Gary.
Feakle will indeed be hoping that seven or eight men do click on the day and they can bring the first Munster title back to their sleepy East Clare village with such a strong hurling tradition.
“In a way, we do want to make our own history. A lot of the lads that are playing on the team, their fathers would have been playing in ’88. Myself, the Donnellans, the Tuohys, the Noonans; all of them would have had relations on the ’88 team.
“Speaking with Dad, Michael and Val – their real disappointment in ’88 was that they left it after them down in Mount Sion, so now it is our chance to make history and become the first Feakle club to ever win a Munster championship. It is something that we’re really excited about and want to go on and achieve,” he concluded. 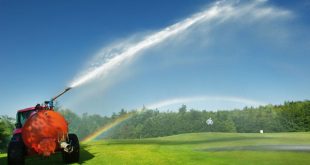