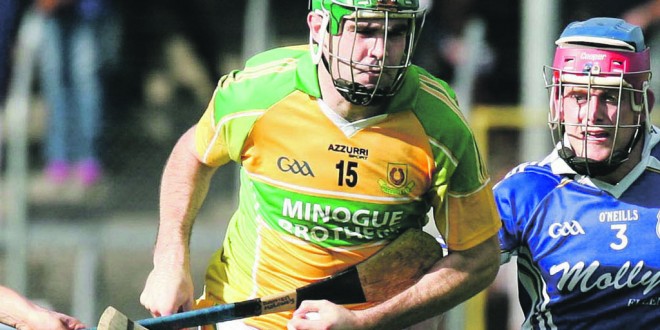 Little is known about the Déise representatives and with home advantage, Feakle will go into the game as slight favourites.

In their only competitive outing since winning the title, when beating Parteen in the final, they made county senior champions, Cratloe, fight all the way before going under narrowly in the semi-final of the Clare Champion Cup.

The East Clare side have a couple of injury worries ahead of Sunday and won’t finalise their line-up until nearer match time. Definitely ruled out of contention is defender Ger Hanrahan who suffered a cruciate knee injury in the championship final. This will keep him out of action until well into next season, at the earliest.

“Ger is due to have his operation this week and he is certainly a big loss to us. We also have fitness worries about Colm Naughton, Francis O’Grady and Stephen Conway and we won’t be in a position to make a final call on these until later in the week,” team boss Tommy Guilfoyle told The Clare Champion.

In recent weeks, training has been concentrated on weekends but the players have come together “a few times a week to prepare for this game”.

“We have trained in Éire Óg and Gurteen over the past two weekends. A lot of the lads have been playing with their colleges at NUIG, LIT and CIT, while some have been training with St Joseph’s Tulla who are preparing for Munster colleges competitions,” Guilfoyle explained.

All-Ireland winning midfielder with Clare in 1997, Colin Lynch has taken charge of a few sessions for the home club of his later father, Johnnie.

Cappoquin captured the Waterford title having achieved quite a bit of underage success. They have a relatively young side with a number of experienced players. The Murrays, Conor, Paul and Finian, have represented Waterford at underage level and supporters of the Déise outfit will be looking to them to lead the way on Sunday.

With Ger Hanrahan definitely ruled out and doubts about Colm Naughton and Francis O’Grady, there is a possibility the Clare champions could be without three of their county final starting defensive formation, which is a huge loss.

Eibhear Quilligan will fill the goalkeeping position, while captain Killian Bane and Eoin Tuohy will be in defence. Shane McGrath, Oisin Donnellan, Colin Nelson, Gary Guilfoyle, Raymond Bane and Henry Hayes look certain to be in the starting line-up.
A place in the Munster final against Lixnaw from Kerry or Bruff from Limerick (they play on Sunday in Lixnaw) awaits the winners two weeks later.

With the advantage of having the game in Clare, Feakle must be given a great chance of making it through to the decider.