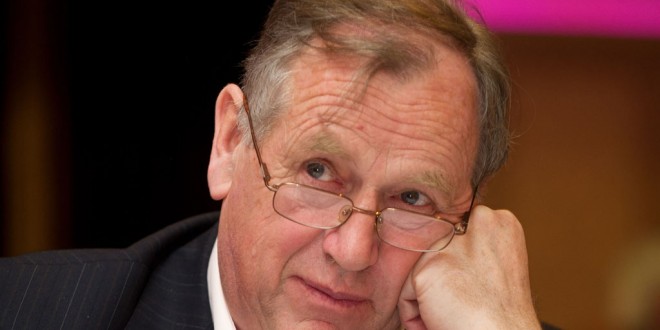 In a three way contest for the post, at the Auburn Lodge Hotel, he secured 92 votes and was elected on the first count, defeating Miltown’s John Reidy, who secured 57 votes, and O’Callaghan’s Mills’ Noel O’Driscoll, who received 28 votes. The quota was 89.

The meeting unanimously supported a motion from Éire Óg Ennis asking that “on the expiration of the current broadcasting contract with Sky Sports, that hurling and football championship matches broadcast live on subscription channels would also be available on non subscription channels”. Similar motions were  also tabled by Scariff and Clonlara clubs.

Ballyea tabled three motions dealing with the on-going issue of the availability of inter county players to their clubs.

Stressing that the club did not  want to put any obstacle in the way of Clare achieving success, Ballyea chairman, Patrick Moylan said  he would not be proposing the motions but they had put them on the agenda so that clubs can be aware of the issues. He told the delegates that if there were problems in the year ahead in this area, his club would be proposing the motions at next year’s gathering.

Cratloe chairman, John Ryan reminded the delegates of a rule—3.19(c), page 23, Official Guide 2014, part 1—and asked that, as per that rule, that the charter for each county be made available to all clubs at the February county board meeting.

According to the rule, the charter is to be signed by the chairman of the county committee,  and the county team managers and the signing will indicate acceptance of the agreed policy on the availability of players for club fixtures, training and other matters relevant to the playing of club fixtures in the county.

Eight motions dealing with games were deferred until January