FARMERS in East Clare and across the county have been affected severely due to the adverse winter conditions, as many report difficulties with getting water supplies to their livestock, as well as issues with diesel freezing and milking equipment freezing.
At a time when water restrictions still apply to many parts of East Clare, the county chairman of the Irish Farmers’ Association, Michael Lynch, said farmers have “been affected most severely” in comparison to other sectors, due to the limited water supply.
“If you are without water at this time of year, you’re in trouble straight away with livestock. Once they are on dry feed, they need to have water. Drawing this water is usually a great inconvenience and can be quite costly for farmers and while what’s available from the council is welcome, the quantity is far greater than what can be provided through that,” he said.
East Clare county councillor and farmer, Pat Hayes stressed the necessity to review the issue of water management and added it may mean revisiting the contentious debate of charging for water.
“The whole value of water will need to be looked at, whether that will mean we will have to charge for it or not. This issue raised its head last year but I know now there are people asking how can we have restrictions on water with the amount of it that is used and wasted,” Councillor Hayes stated.
He said that in East Clare, Tulla appears to be the area most affected as it is on the end of two separate water supplies and he stressed that for farmers, it is critical to have water.
“Not having water is a critical thing for farmers where the animals are in for the winter. I know that due to the lack of water for animals, farmers ended up letting their animals out to find water themselves, rather than trying to draw water.
“Then you had rivers and lakes frozen over so there was a big impact there and it has been a difficult time for the farming community. It really does bring into context the value of water,” Councillor Hayes added.
These concerns were echoed by Mr Lynch, who said some animals were lost because they had been let out of the sheds due to the lack of water and having “gorged” on ice-cold water, died as a result.
“In some areas there was a difficulty in getting feed onto the farms and also as far as milk was concerned, difficulty getting it from the dairy farms to the suppliers. So the weather has had an impact. Livestock were hungry and it took greater quantities of feed to get them through the cold weather.
“I know if there was a lake or stream nearby, the farmers would let the stock out but I’ve heard of some cases were there were losses due to a large intake of ice-cold water. The animals would gorge themselves especially if feeds were dry and died as a result, so this also would have caused problems,” Mr Lynch stated.
Addressing issues of water supply and the costly nature of ensuring there is water readily available on farms, Mr Lynch said the boring of wells on farms is something that “farmers should consider” in the interest of cutting costs.
“Many farmers are boring their own wells and it is something farmers should be considering. The water supply we get is highly treated water and has become a high cost. A lot of it goes on washing yards and facilities, even though it is treated to this standard. For ordinary yard washing and similar activities, farmers could avail of their own supply,” Mr Lynch added.
Speaking about water restrictions and shortages in Tulla, Councillor Hayes said he knew of people in the area who were without water from in and around Christmas Eve for up to a week.
“It does bring into context the larger debate about what a valuable resource water is. I know there are people asking why we need treated water in our toilets and measures to deal with that will have to be brought in. Do we really need treated water for our toilets?
“I think rainwater harvesting is something we should be looking at. I know a number of individuals that are looking at alternatives to public water supplies because they are not as reliable as they were.
“The cost to commercial businesses too is extremely costly. In the overall context, water is extremely expensive to businesses. I feel that whatever government is in place in the coming year needs to look at alternative measures and this debate needs to be had, especially if we are going to face more difficulty,” he concluded. 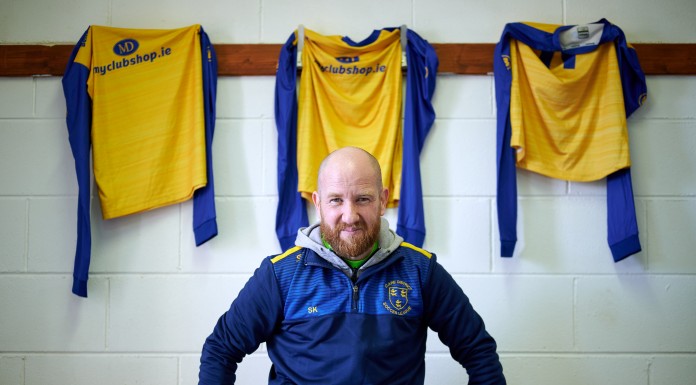