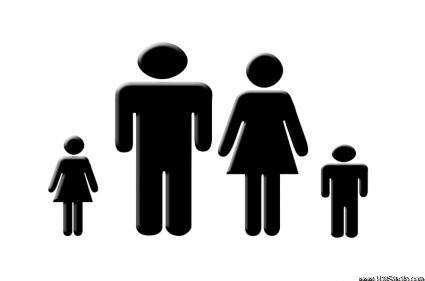 THE level of casework in Clare’s Family Law Court has been described as “insanity”.
Sixty individual cases were listed at last week’s sitting, compared to a typical list of 25 to 30 cases in other areas.

As each case is held in camera, with no member of the public allowed to attend, some litigants in family law proceedings must wait their turn for several hours in the corridors at Ennis Courthouse.

Dr Carol Coulter, the director of the Child Care Law Reporting Project (CCLRP) and former Irish Times legal affairs editor, made her dramatic comment about the “insanity” of the long list of Clare cases after attending last week’s court.

This was her first time attending the childcare court in Ennis and she expects to be back again in the next eight or nine months.

Dr Coulter, commented, “There were 60 cases on the list. That is just insanity. How could you give a proper hearing to 60 cases? Given that all the cases are heard in-camera and no members of the public can be present it means for each and every case the others have to be waiting around in the corridors”. This she said was “horribly tough on the litigants”.

The Child Care Law Reporting Project was established, under the direction of Dr Coulter, to provide information to the public on the operation of the childcare system and to promote transparency and accountability. The project is one of the prescribed bodies allowed to attend family law sittings under previously enacted legislation governing childcare proceedings.

As part of the project, Dr Coulter collates statistics from the various child care courts and she noted that in all of the matters before the court on Thursday, they were “all over in about 10 minutes, each because they were all on consent”.

When last week’s court began at 10.30 am, Judge Durcan said there was a long list of matters and there was a significant amount of work listed after the short matters had concluded. He agreed to sit until 6pm or 7pm that evening, and fixed matters of no more than four minutes duration into the start of the list.

Commenting on this, Dr Coulter said, “It was very clear from what happened on that list that more resources need to go into hearing all family law, particularly childcare cases, which deserve quite a lot of time and attention. It is clearly not adequate and not fair to any of the people involved that you can have that length of a list”.

In her experience gathering information on child care cases across the country, Dr Coulter said she would typically see similar lists with 25 or 30 cases, which she described as “still an awful lot”.

In Dublin, which hears nearly half of all the family law cases, she said there is a need for far more resources, but she commented, “At least there is a dedicated court with two judges sitting five days a week, and one additional judge two or three days a week. So where these cases have to get a fairly lengthy period to be heard, they get it”.

A total of 61 cases were listed before the family law court on Thursday, which governs Court District 12 – a geographical courts area covering County Clare and areas of South Galway. Of these individual cases there were multiple applications;  98 listed. The list included 10 applications under the Child Care Act, 1991, which includes applications for interim care orders, care orders, supervision orders and court directions regarding children in care.

Meanwhile, in a major change, members of the media can now attend family law cases. Judge Patrick Durcan describes as “positive” the new regulations, which now allow members of the press to attend court sittings under strict conditions that none of the parties are identifiable in any way.

Following consultation with Judge Durcan, it was agreed that coverage of family cases dealt with in Clare would not begin for at least another two weeks, to allow both the court and the local media time to become more familiar with the new legislation.