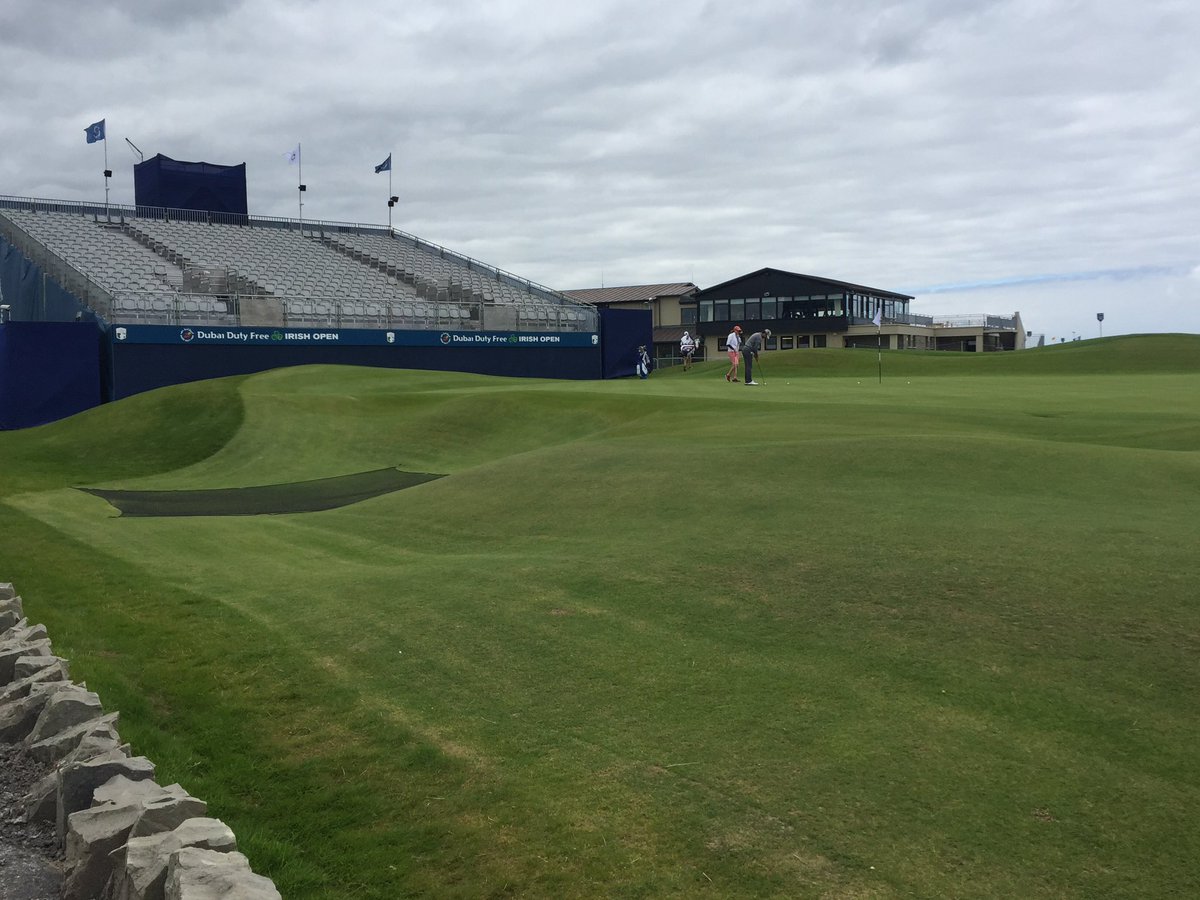 The excitement around Lahinch is building as the countdown to the 2019 Irish Open is almost over.

The stars of the show began to roll to into town from Monday morning, with many taking the opportunity to head out on the course for practise rounds ahead of Thursday’s tee off.

Home favourite Shane Lowry was among them as he teed off on Tuesday afternoon, following a breakfast event in the Falls Hotel organised by Bank of Ireland.

The players will have another chance to test out the course tomorrow when the Pro-Am gets underway, with stars of sport and screen among those taking part.

2013 All Ireland winning Clare manager Davy Fitzgerald is among those heading out on course and the Sixmilebridge man will be in a group alongside boyband stars Keith Duffy and Brian McFadden. They will play with former Irish Open winner Jamie Donaldson.

Clare’s Shane O’Donnell is also taking part alongside fellow hurling stars Joe Canning and Cian Lynch, and they will be alongside Lowry for Wednesday’s event.

The line up for the Pro-Am is available here: DDFIO Pro Am Draw 2019