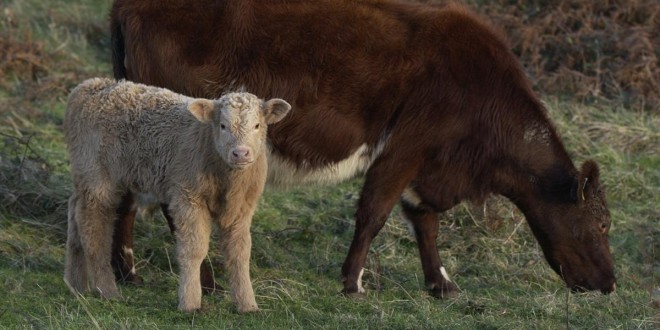 CLARE Marts has already sold Ennistymon Mart to discount supermarket, Aldi for a price tag believed to be in the region of €1.5m, despite strong opposition from the local IFA committee and local traders.

Members of Ennistymon IFA staged a protest before a Clare Marts Board meeting in Ennis on Tuesday night, but the Clare Champion has learned Clare Marts is proceeding with the controversial deal.

Clare Marts would not confirm the identity of the buyer or any of the terms and conditions, which it considers as “commercially sensitive information”.

However, it is understood that the mart has been sold to Aldi subject to planning permission, which could take a number of years to secure. Aldi has also declined to comment on the deal.
It is also expected that any planning application lodged by Aldi to Clare County Council will be vigorously opposed by some local traders and residents in the North Clare town.
Fifteen sales have been held in Ennistymon Mart since 2008 including a number of sales each spring.
IFA vice-chairman, Tom Clair said local farmers, traders and the entire North Clare community was “disappointed” and “outraged” following confirmation of the sale.
Mr Clair claimed selling cattle in Kilfenora Mart, which is located about six miles away, wasn’t a viable option as local farmers couldn’t sell cattle from a heavy soil at a limestone mart.
He also claimed that detailed plans and drawings for a new Aldi supermarket in Ennistymon were drawn up for a pre-planning meeting about 18 months ago.

Over the last few years, Clare Marts has been approached on a number of occasions by different parties concerning the site at Ennistymon Mart. In 2011, there was an approach from a supermarket chain, which was considered.
Clare Marts met an Ennistymon delegation who wanted to save their mart and following representations and consultation with the board, the mart was not sold.

Clare Marts chairman, Martin McNamara said the delegation felt they could rejuvenate Ennistymon Mart and that numbers could increase substantially, which unfortunately didn’t happen as numbers have been on a downward spiral in recent years.
Following another approach by an unnamed party in 2014, the board agreed a deal with one of the supermarket chains, subject to terms and conditions.
Clare Marts will meet a delegation of Ennistymon IFA next Monday after this request was approved at a Clare Marts board meeting on Tuesday night, .
The mart will remain open until all the terms of the deal are realised, which could take a few years.
Clare Marts is made up of a number of different groups. They include sites at Scariff, Ennistymon, Kilfenora, Kilrush and Ennis.
“Clare Marts have always provided a good service in every area and we will still provide a service six miles up to road in Kilfenora Mart,” Mr McNamara explained.

In addition to a dramatic reduction in the number of cattle wintered in Burren, he pointed out half of the sales at Kilfenora Mart are not going back to limestone farms.

“Cattle from Ennistymon and Liscannor area has been sold in Kilfenora, which were predominantly weanlings. Weanlings from Ennistymon Mart have been purchased by North Clare farmers.

Asked about the future of the other smaller marts, he said the other smaller marts would not have survived without the support of Clare Marts in the past and their future depended on continued support for all marts in the county.
He confirmed the number of cattle being sold in marts nationwide has declined due to the nation drop in the suckler herd, less trading of stock, as a lot of animals are now only traded once.

Kilmihil was the last mart which was closed by Clare Marts over 10 years ago.

In addition to providing considerable assistance during two fodder crisis, he said Clare Marts provided subsidies to farmers to breed quality stock and a collection service for BVD samples to the laboratories three days a week.
At a Clare Marts board meeting on January 27, a decision was taken on a 16 to 2 vote to enter into discussions with a “potential customer”.

On Monday, February 3, a decision was taken at another Clare Marts board meeting to conclude the deal. It is understood that a time limit applied to this offer from the buyer.
Commenting on the alleged lack of consultation with the local mart advisory committee, Mr McNamara stated at the Clare Marts meeting on January 27 the board offered to meet the Ennistymon advisory committee later that evening and “that offer was rejected”. However, he pointed out a subsequent meeting took place with the local advisory committee on January 30 where details of the discussions were outlined.

“All stock for two other specialised sales including the organic sale have to be pre-entered with the organic society,” he said.

Reacting to claims made at a public meeting last week, Mr McNamara totally rejected there was any agenda to run down the mart with a view to selling it to any purchaser.

In fact, Mr McNamara said it was decided to upgrade all their mart sites following a board review in January 2012.
He stated almost €20,000 spent upgrading Ennistymon Mart, which was three times more than some other sites. This was in addition to previous investment in Ennistymon and other local marts.
Asked about claims a new supermarket would “decimate” local shops in Ennistymon, Mr McNamara said Clare Marts doesn’t interfere with other business.

While Mr McNamara appreciated that there may some anxiety over the introduction of another supermarket chain, he said all businesses including Clare Marts had to live with competition, where the consumer gains.
Asked about claims that the purchaser (Aldi) wasn’t “farmer friendly”, he said that all produce ended up on shop shelves in Ireland or other countries.

Previous Storm puts pressure on emergency services
Next Know my number, save my life 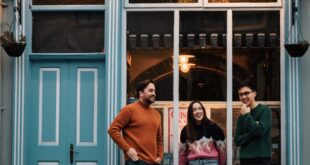 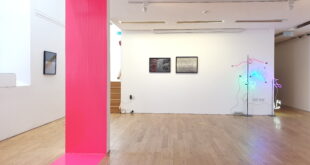 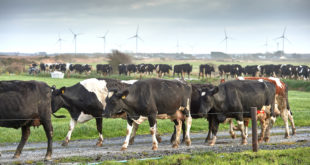