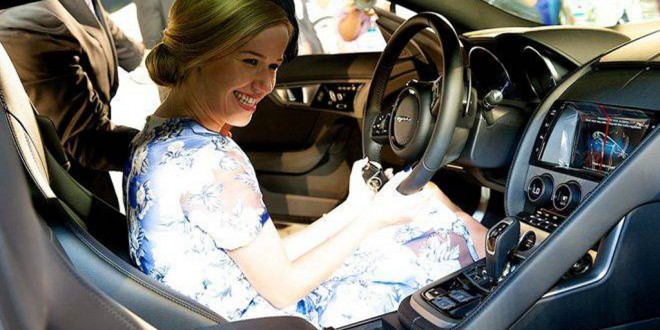 A young Ennis woman now has use of a Jaguar F-TYPE coupé sports car for a year after winning Best Dressed Lady title at the Dubai World Cup Carnival racing festival over the weekend.

Mary Behan from Beechpark, who works at the Cleveland Clinic in Abu Dhabi, won the prestigous competition wearing a high street outfit, with a blue floral dress from Miss Selfridge and a hat from occasion wear specialists Coast.

There were more than 1,000 online entries for the Best Dressed categories, with race-goers converging from Europe, Australia, America and Asia on Dubai’s Meydan course.

A daugher of Geralding and Randel Behan, Mary was shocked but delighted to be chosen from so many ladies who worn splendid outfits. The use of the car was one of a number of prizes that goes with the accolade.

Emirates flight attendant and staff trainer, Evelyn McDermott from Tralee was runner-up. She won the Best Dressed prize at the Dubai World Cup in 2011 and was runner-up in 2013.

The feature race of the festival, the Dubai World Cup, which had a prize fund of $US10m, was won by Prince Bishop, ridden by William Buick. Prince Bishop was bred in Ireland, but has been trained by Saeed bin Suroor in the Emirates.