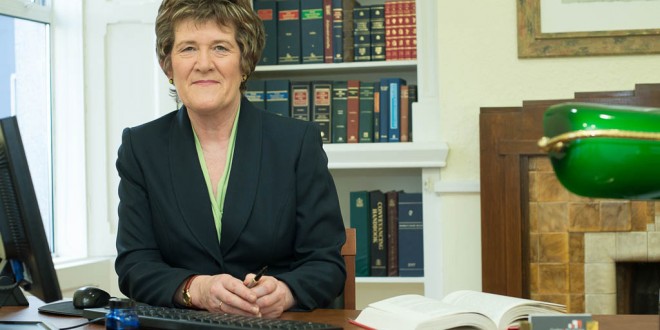 DUE to new legislation, it is likely over the coming months that lawyers will be required to advise their clients to consider mediation in order to resolve disputes and an Ennis-based solicitor has said the process could save a family years of pain.

The Office of the Parliamentary Counsel are currently drafting the Mediation Bill which, if and when enacted, would make it mandatory for solicitors and barristers to advise parties who are in a dispute to consider resolving it using the mediation process.

In circumstances where parties go to court, the Mediation Bill will also require the parties to state to the court that they have been told about the mediation process and have considered it as a way of resolving the dispute.

Last July, Justice Minister Frances Fitzgerald said there is no specific time-frame for the Bill. However, she said she expected it to become law ahead of the general election. Minister Fitzgerald said the new legislation would be a positive way of promoting mediation, reducing legal costs and speeding up the resolution process.

Speaking to The Clare Champion, solicitor and family law mediator Mary Cashin of Cashin and Associates Solicitors, Ennis said mediation and the Mediation Bill could provide an abundance of positive outcomes for families.

This week is Mediation Awareness Week, which runs until October 26 and the initiative is being driven by the Irish Commercial Mediation Association, with the full support of the Mediators Association of Ireland.

Ms Cashin said she is very supportive of the idea.

“What it would do is put mediation on a statutory basis when it becomes law. That would be very important, I think, in the psyche of people as well,” she said.

Ms Cashin said mediation can potentially save couples thousands of euro and years of stress.

“It’s very cost effective. It allows the parties to take control and they make the decision that they can live with. You could have a situation where a couple are in court for two years fighting over everything. Then there’s a decision neither of them likes. It’ll manifest itself in the family.

“I think a lot of us have seen, especially in family law, a couple go into court. If you fight a case, neither side is going to be happy because a judge, a third party, decides what the outcome is. In our system, children aren’t really involved in that resolution and a break-up of a couple is the biggest event in children’s lives; very likely one of the biggest anyway.”

Ms Cashin has been a family law solicitor for about 25 years and she said mediation has become much more important in recent years in both the courts service and judicial system.

“In commercial law now and in commercial courts, mediation is obligatory. But what’s happened in the last few years, certainly with the Courts Service and with judicial people, mediation has become much more important. I’d say that’s partly why the Irish Commercial Mediation Association is driving this week because they’re trying to make an awareness of mediation for businesses.”

Ms Cashin said all of the Irish chambers of commerce have also been very supportive of the mediation process.

“The chamber of commerce sponsored a Mediation Meets Judges European-funded programme, in partnership with the courts service, which is to run a pilot programme from October this year for business and commercial mediation for business disputes involving members of Chambers Ireland,” she said.

Ms Cashin said legal people are now availing of mediation more and using it as an alternative dispute resolution method. She said it is important that solicitors inform their clients and promote the mediation options available to them.

“I believe, and I hope, legal people are saying to their clients before they get stuck into court proceedings, ‘this is an alternative way of dealing with your dispute. Will you consider it, try it; if it works, the benefits are fantastic. If it doesn’t work you have nothing to lose’.”

The family mediator said if a couple decide they are going to try mediation, they come to her or another family law mediator and are facilitated in round-table discussions.

“The discussions are in relation to all aspects of the break-up including, and I suppose most importantly, the children, access, maintenance, who they’re going to live with and all of those things. In fairness, it’s not for everybody. I’ve had mediations which were clear after two or three sessions that the couples just can’t engage.”

While mediation is not legally binding, it allows couples to explore a range of possibilities.

“During mediation, what I encourage them to do is if they want to get legal advice, they’re entitled to do so. So if they do agree anything, mediation is not legally binding; that’s very important,” she said.

“They can explore everything, come to an agreement and only when that goes through their solicitor will it be transferred into a legally binding document,” she said.

“I suppose having put the time and effort into the mediation, very few people are going to go away and say, ‘I’m not following through with this’ because they’ve all the hard work done.”

Ms Cashin said an average mediation would last about five or six hours but there is no such thing as an average couple so it can fluctuate greatly, depending on the circumstances and the particular grievances.

“From the point of view of the mediation, they decide themselves what’s best for the family. They can talk to their children in the whole mediation process together about what they are thinking and want because very often people divorce and make their arrangements and nobody has sat down and asked the 10 and 12-year-old, who do you want to live with,” she said.

“The whole system now is moving towards the voice of the child being fully involved in the decisions in relation to the child,” she concluded.