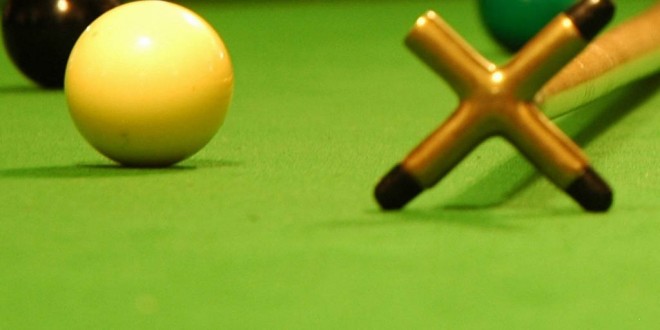 It was an emotional evening for members of the Greer family from Ennis at the Gleneagle Hotel in Killarney recently. In winning the Munster B Snooker Championship, the Ennis team captured the Pauline Greer Memorial Cup, a trophy presented in memory of Arthur Greer Senior’s wife.

Adding to the excitement on the night was the fact that the outcome came down to the final frame in the final match, with Arthur Greer Senior at the table for the Ennis team. Ennis and the Century club from Limerick City were tied at two games each at the time. In the final match, Arthur Greer Senior lost the first game in the best-of-three contest. He won the second on the black ball, before going on to romp home by more than 60 points in the deciding frame, sending the players and supporters into wild celebration as their journey ended with the winning of the trophy named after Pauline.

It was a very popular win, due to the Greer family name in the world of Irish snooker and, in particular, Arthur, who is regarded as the father of the game in the Banner County.

Arthur has been involved in snooker for almost four decades and the passion that he has for the game has filtered down into his family because his son, John and his grandson, Jordan, were also part of last week’s winning team. The winners play their snooker at the Planet Club in Drumbiggle.

Dillingers, at Upper Market Street, was the local club for a number of years but it closed down a year ago. In those days, Ennis teams always had the ever-present Arthur Greer in its ranks and as the game expanded with the introduction of the Munster Club Snooker Championships, a unique team tournament with five players in a side became the focus of attention for many clubs.

Arthur and his late wife Pauline were very much part of that tournament from its early days. From an eight-team invitational to a top-class event with 15 tables, 41 teams and more than 250 players with international referees and a full working committee, the event become very difficult to win.

This led to the organisers creating a Championship Section to give a lot of players who would not be of international standard a chance to have a very competitive title to fight for.

This year, Ennis arrived in Killarney with no great expectations but they were determined to do well in the Pauline Greer memorial event, a title won by a team from Youghal for the previous two years.

As the four days progressed, the Ennis side performed well. A quarter-final win on knock-out day was followed by an emphatic win in the semi-final, putting Ennis into the provincial final, where Arthur had the honour of sealing victory.

Last weekend, the Ennis team was back in Killarney competing in a qualifier for the All-Ireland Championship, where they got to the quarter-finals before bowing out.