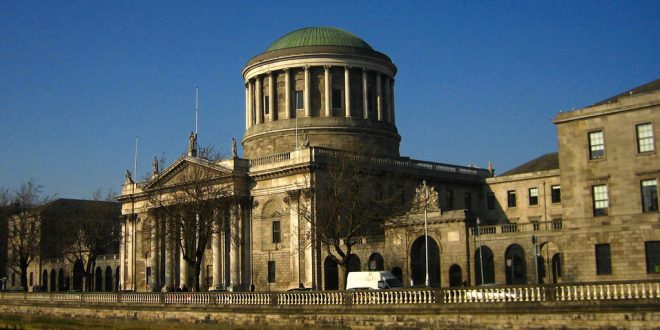 An Ennis man against whom AIB obtained a €3.48 million judgment last March had previously transferred €820,000 and a property in the US to his wife with the intention of defrauding creditors, the bank has claimed at the Commercial Court.

Property developer Garech McGuinness, of Whispering Pines, and his business partner, Patrick Taylor, Moyreisk, Quin, had judgment entered against them after a judge ruled they had failed to establish an arguable defence to AIB’s claim arising from default on loans.

In proceedings entered into the Commercial Court list on Monday, AIB claims that, between July 2013 and July 2014, Mr McGuinness transferred four sums totalling €820,926 to his wife, Justine McGuinness.

It is also alleged he transferred to her around July 2014, for “a nominal consideration”, a residential property in Massachusetts, which the bank believes was worth not less than €250,000.

In court documents, the bank claims these transfers were effected “with the dominant intention of defrauding creditors”, including the bank and were done without reference or notice to the bank.

The transfers were made when Mr McGuinness was in significant default of his obligations to AIB and when he was actively  trying to restructure his borrowings, the bank also alleges.

Mr Justice Brian McGovern agreed on Monday, on consent between the parties, to transfer the case to the Commercial Court. Noting there was an agreed timetable for exchange of legal dcouments, he adjourned the matter to October.

In its documents, AIB said Mr McGuinness and Mr Taylor originally got the loans from AIB in 2011.

They fell into arrears and the bank demanded repayment in 2015. There were still no further payments and AIB sought judgment.

The men claimed they had an arguable defence to the claim for summary judgment and sought to have the case go to a full hearing.

They claimed the original loans were supplanted by a revised 2013 loan agreement. They also argued the alleged default over the loans was “completely manufactured” and claimed they were led to believe by an AIB official that the bank was satisfied with obtaining security for the loans over two sites in Ennis as a condition for the revised 2013 facilities.

The bank said the revised agreement never came into effect because the defendants failed to take the necessary steps to create a charge over the Ennis sites offered as security. Last March, Mr Justice McGovern ruled the bank was entitled to summary judgment.