A woman who was repeatedly raped by a family friend as a child has faced her abuser in the Central Criminal Court, saying, “he has no shame”.

Noel Kelleher (64) was found guilty by a jury of six counts of rape, three counts of sexual assault, three counts of oral rape and one count of attempted oral rape of his victim at various locations in County Clare between June 1991 and August 1992.

Kelleher of Gort na hAbhna, Roslevan, Ennis was found not guilty of a further 16 counts of rape, indecent assault and sexual assault by the jury following a Central Criminal Court trial last November. Kelleher will now be a registered sex offender.

His victim, who was aged between 12 and 14 at the time of the attacks, wished to waive her right to anonymity, the court heard. Kelleher was in his late thirties and married when he carried out the abuse.

Detective Garda Claire O’Shaughnessy told his sentence hearing today (Monday) that Kelleher was a family friend of the victim’s parents. Kelleher, an auctioneer, was a “man of some standing” in the community, the court heard.

The court heard the abuse started when the girl was aged 12. Kelleher raped her, sexually assaulted her and forced her to give him oral sex on numerous occasions in two office locations, the court heard. The abuse ended shortly before her 14th birthday.

The court heard she tried to kill herself on one occasion, when she saw the man standing outside her school, smiling and waving at her. The woman spent years just “functioning” and tried to block the abuse out of her mind, Detective Gardad O’Shaughnessy told the court.

However, after the birth of her youngest child, she suffered severe postnatal depression and memories of the abuse came “tumbling out”, prosecution barrister, Pauline Walley SC, said. The woman has since spent time in psychiatric care and has attempted to end her life on several occasions, the court heard.

In an emotional victim impact statement which she read out herself in court, the woman said it was “unbearable” to once again outline the abuse she suffered at Kelleher’s hands.

“I don’t want him to know any more about me or realise the extent of the power and control he has had over me over the years,” she said.

She said if Kelleher had admitted his crimes and had just said the word ‘sorry’, they might not have been in court today.

“The shame, the blame, the pain, the humiliation, the anger and isolation I have experienced has done something to me that is impossible to describe,” she said, adding the abuse affected her education, her relationships and her mental health.

“I just want it to go away,” she said. “This should not be my shame to carry. It should be his. But I think he has no shame. I feel guilty for putting him through the process and taking him away from his family.”

Defence counsel, Mark Nicholas SC, said his client has no previous convictions. He noted the jury acquitted him of half the charges brought against him. He said that while the victim was a young girl, there was “no threat of violence”.

He said Kelleher would now be a registered sex offender. “His name and reputation have been destroyed,” he said.

Ms Justice Isobel Kennedy will sentence him on February 26.

Noel Kelleher (64) was found guilty by a jury of six counts of rape, three counts of sexual assault, three counts of oral rape and one count of attempted oral rape of his victim at various locations in County Clare between June 1991 and August 1992.
Previous New jobs for Shannon
Next Clare hurlers back County Library health initiative 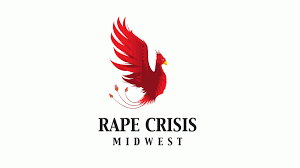