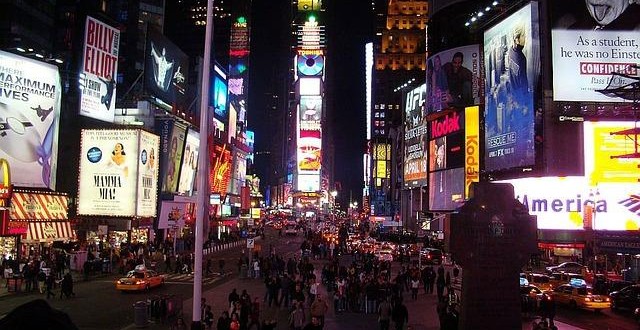 ENNIS town councillors have rejected a proposed boycott by their mayor of the New York St Patrick’s Day Parade as show of solidarity to gay rights groups.

American gay and lesbians  publicly express their sexual orientation under a banner.

Despite passionate appeals from Councillor Paul O’Shea and Councillor Johnny Flynn to support this boycott, other members steadfastly refused to support the right of the town mayor to attend the parade as first citizen of Ennis.

At one stage, Councillor Flynn requested Councillor Meaney to lower his voice during one heated exchange.

Councillor Coote-Ryan is unable to attend this parade and she has nominated Councillor Meaney to deputise for her.

Mayor of Clare, Councillor Joe Arkins, who was also invited to participate in this parade, has given a number of reasons why it is important for Clare emigrants in the Big Apple to see their First Citizen parade down Fifth Avenue.

Lesbian and Gay Bisexual and Transgender director Brian Sheehan from Kilrush has also appealed to the two Clare first citizens to seriously reconsider their participation and follow the “moral leadership” shown by Mayor Blasio by opting out of the parade.

Stressing the two mayors should still travel to New York and attend any meetings promoting industry and tourism in Clare, Mr Sheehan would to see them promoting inclusiveness in Irish society abroad.

Councillor O’Shea proposed the town council should boycott the New York parade unless the ban on the exclusion of gay rights groups to participate is lifted.

He also requested that this motion be sent to all local authority councils throughout Ireland who have received an invitation to attend the New York Parade.

In the interest of equality and inclusiveness, he presented a case whey the council couldn’t stand idly by and let some in our society be treated as second class citizens on the grounds of their sexual orientation or gender identity.

Social Protection Minister, Joan Burton has also pledged to boycott this parade while she is in New York due to this exclusion.

However, Councillor Howard who supports equal rights stressed it was vital the town mayor should attend as Clare emigrants took great pride in seeing their local public representatives participate in the parade.

Stating that gay and lesbians could participate in the parade provided they didn’t use banners, she pointed out the Clare group also couldn’t parade with county banners.

“Why don’t they participate in the annual thanksgiving or July 4th celebrations. I didn’t celebrate St Patrick’s  Day until I was in the United States back in the eighties,” she recalled.

Councillor Guilfoyle said it was great to see Irish emigrants shouting “up the banner” “up the townies” during the New York parade. Having met three Clare brothers who couldn’t come home for their father’s funeral, he said it was vital that the town council was represented in the parade.

Councillor Brennan argued it was only right and proper the parade organisers decided who participated and who couldn’t do so if they weren’t prepared to abide by certain rules.

He advised gay people who wanted to bring banners to “stay at home and have a cup of tea” while watching the parade on television.

Councillor Coote Ryan: “That is carrying it a bit far”

Councillor Brennan: “who says he is right, that is just his opinion”

Following a decision taken at the last meeting, Councillor Meaney recalled he booked two tickets at the earliest opportunity to get them at a reasonable price. In view of the controversy, he offered to fund them himself.

However, Councillor Coote-Ryan objected to this once he was representing the council.