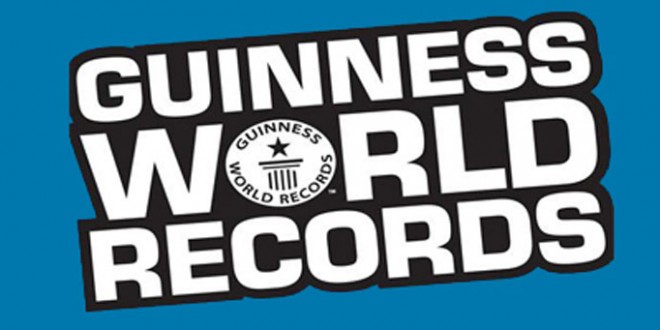 Gordon O’Loughlin and Kieran Ferns set their world record last August when they racked up a total of 191 frames in just over 85 hours, beating the previous record by more than eight hours in the Market Street club.

“I got the notification from the Guinness World Record people on Friday night. It was like winning the lotto,” said delighted club owner Gerard O’Loughlin.

“It took a long time to be confirmed because one of the hard drives failed and I sent it off to try and get the data restored. That didn’t work but, luckily, we had a back-up hard drive and a lot of evidence and they accepted the other hard drive.”
The elation of achieving the Guinness World Record has been tinged with sadness for Gerard, who has decided to close his premises this Friday.

“The sad news is that I’m going to have to close the club. It’s bittersweet, it’s like the happy ending to a book and it’s very emotional to me. I have lovely guys coming in but just not enough of them. They’re struggling financially and their parents don’t have money to give them. I suppose technology is a factor too. You can play games on iPhones and laptops now,” said Gerard, who took over the struggling snooker club last February.

“I joined the Snooker Federation of Ireland but it was no great help. If they’re trying to get the game going in Ireland, they’re going about it the wrong way. It seems to me that it’s all about the cities, when they should be sending juvenile competitions down to towns like Ennis. That’s what I was hoping for that they would promote snooker. Maybe if I gave it another year, it might improve but I just don’t know. It’s sad because I have a lot of energy and spent seven days a week here. I have some very happy memories; it’s a place you’d look forward to going to work,” he added.

When Gerard took over the club a year ago, he came up with the idea for the world record attempt with a charity twist.
“Having just taken over, I was looking for an event to publicise the club and realised that the official Guinness World Record for a snooker marathon was 72 hours. Then I found out through social media that two other guys had completed 76 hours at the table. It takes about six to 12 weeks for Guinness to go through all the tapes, as it has to be recorded, so I figured I’d have to get two guys to play for 80 hours, plus five minutes an hour for breaks, which is added to the time,” Gerard explained.

“I’ll remember the experience of the Guinness World Record attempt for the rest of my life; to be involved in something like that and to see so many people coming together. You pick a team and they all work out. They all perform, everyone, from the players Kieran and Gordon, to the people organising the time-sheets and all the other volunteers. They all took it in their stride, it was like a fine-tuned machine,” he said.

“It was almost four days. I wish the two boys well. They have the certificate now and that means a lot to them too. We knew they’d done it but just to have it confirmed is great,” Gerard said.

“I’ll really miss interacting socially with people every day, but people just don’t have the money. It might be improving in Dublin but things are still really bad in the rural areas.

“We will organise a little celebration for achieving the Guinness World Record and try to raise some more money for Sláinte an Cláir. The event was about the charity too and we managed to raise a couple of thousand euro. I’ve been given a few sponsored prizes so we should be able to raise some more funds for them on the night,” Gerard pledged.