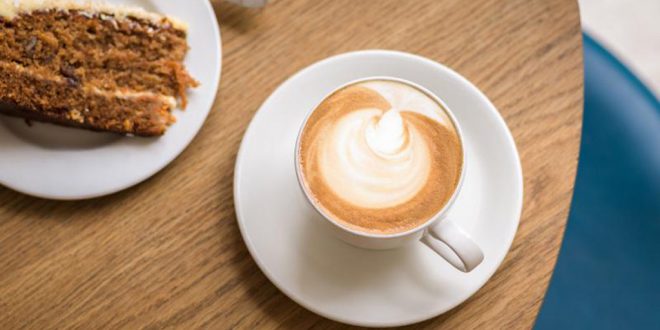 PLANS for the opening of a coffee shop in the Market area of Ennis, which were objected to by a number of local businesses, have been turned down by the council, saying it would lead to an “erosion” of the retail character of the locality.

National franchise Insomnia had been planning to open a 78-seater outlet on Lower Market Street, at the site of the former XtraVision store within the Architectural Conservation Area of Ennis.
Margaret McGann applied to Clare County Council for the change of use of 29 Lower Market Street from a retail unit to a coffee shop, which would operate under the Insomnia chain.

Separate objections to the plans were lodged with Clare County Council by the operators of Souper Café and Restaurant, Food Heaven, Meanwell Ltd and Zest. According to objectors, the plans would lead to a loss of business for existing operators, leading to fears of closures and job cuts. This was dismissed by the developer in documents provided to the planning authority, which argued “the planning process was not introduced to prohibit competition between various companies”.

However, Clare County Council’s planning department recommended refusal of planning permission, a recommendation that was upheld.

According to a planners’ report assessing the proposal, “While there is no objection in principle to the provision of a café within mixed use zoning in the town centre, I am concerned that the scale of the proposed development, when taken in conjunction with the number of cafés already in the area, would, if granted, result in the over provision of café use and would be contrary to development plan objectives, which seek to diversify and strengthen the mix of uses so as to ensure the vitality of the town centre.

“One of the strengths of Ennis town centre, in particular the Market area and environs, is the number of independently-owned high-quality cafes and eateries of character and distinction, providing a diverse food and drinks offer catering for all tastes and budgets. I consider that a coffee shop of the scale proposed, 78-seater/261m², by virtue of its scale, would seriously affect the character of the area.”

The planners report, which sought further information from the developer, concluded, “I consider that the proposed development, if permitted as currently proposed, may lead to an over-concentration of café use in the vicinity contrary to objective CDP 7.3, which seeks to maintain and expand the attractive network of independent and speciality shops in the town centre creating a niche shopping experience for residents and tourists.

“I consider that the provision of a large coffee shop may not contribute positively to the retail mix of the town centre.”

The planner also stated that proposed internally illuminated signage would have an adverse impact on the Architectural Conservation Area.

Clare County Council decided to refuse planning permission for the proposal, outlining two reasons.
The planning office found that the proposal would contravene objectives CDP 7.3 and 7.11 of the Clare County Development Plan and would “be injurious to the amenities of the area and be contrary to the proper panning and development of the area”.

According to the local authority, “The subject site is located within the Market area of Ennis town centre, where it is an objective of the development plan, as set out under CDP 7.3, to facilitate the need for additional non-bulky comparison goods floorspace within the town centre, and under CDP 7.11 to ensure that development proposals result in a balance of services and outlets in order to avoid an over-concentration of particular uses.

“Having regard to the size and scale of the existing retail unit and the nature of the proposal to change same to a coffee shop, along with the existing concentration of similar coffee shops in the Market area, it is considered that the proposed development would result in an erosion of the retail character of the area and preclude a vibrant high-order retail mix and by its nature and scale would contribute to an over-concentration of a particular use.”

The decision to refuse added that the plans would “adversely affect” an Architectural Conservation Area. The planning authority reasoned that given the site of the proposed development within the Architectural Conservation Area of Ennis and having regard of the nature of the proposed LED halo-effect lighting, “it is considered that the proposed development would be visually obtrusive and would seriously injure the visual amenities of the street scape”.

The planning authority further stated it was “not satisfied” with the information submitted that an area identified for bin storage is under the control of the applicant “which could result in “the haphazard placing of bins on the public footpath”.

A proposal to open a new cafe in Ennis has been turned down by the planning authority.
Previous Clare Champion Reporter Scoops Local Ireland News Series Award
Next Revenue seize cannabis at Shannon Airport