Home » News » Ennis at the lower end of crime statistics 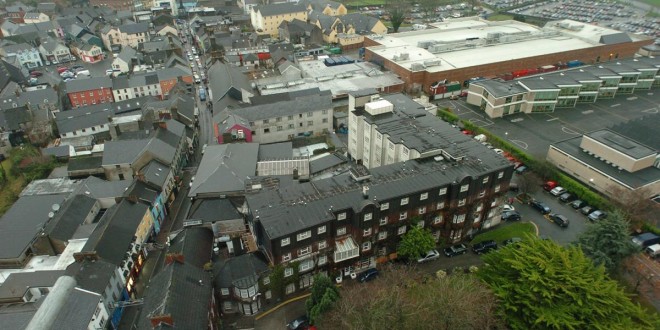 An aerial view of Ennis. Photograph by John Kelly.

Ennis at the lower end of crime statistics

COMPARED to other towns of similar size like Tralee or Kilkenny, Ennis ranks amongst the lower end of the crime statistics and crimes have been decreasing steadily in the area since 2008, according to official figures.

There was a drop of nearly 30% from 2008 to figures in 2011 and a continual decrease since. Results from a University of Limerick study show that only 20% of those questioned were ever victim of a crime in Ennis and of these nearly 50% were attributed to anti-social behavior, while and assault only accounted for 10%.

These findings are from a recent study on Community Safety and Town Promotion of Ennis administered by UL’s Department of Politics and Public Administration. The research was done in late 2013 with people living, working and using the town of Ennis as a direct outcome from the Ennis 2020 Visioning Framework based on public participation in 2011.

The study reveals that the main factors affecting sense of safety positively, and asked to strengthen in Ennis, are presence of CCTV, visibility of gardaí, better lighting and well-maintained public spaces.