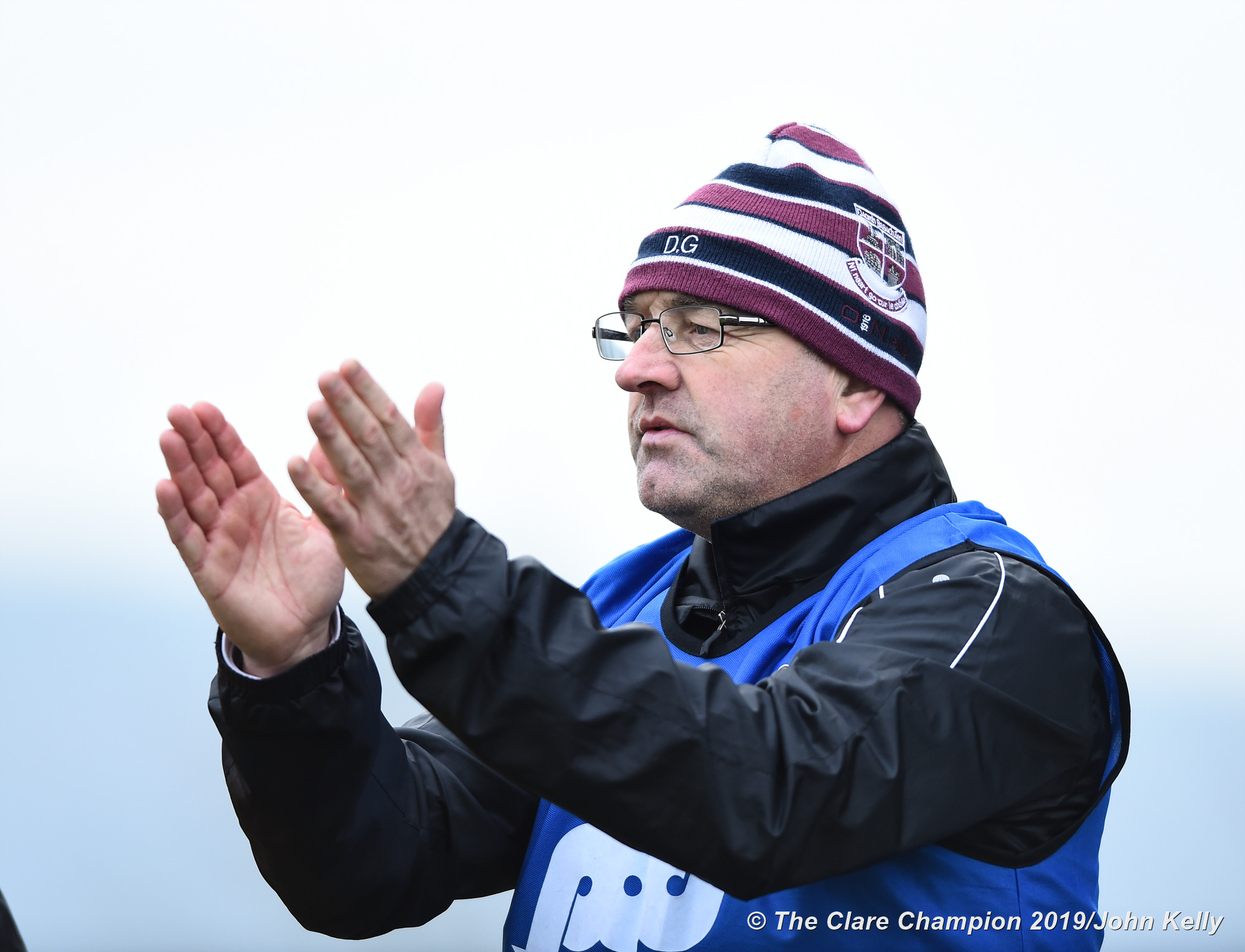 Donie Garrihy, manager of St Breckan's during their Munster Club Intermediate final against Templenoe at Mallow. Photograph by John Kelly

Emotional Garrihy Bowed But Not Beaten After Munster Championship Exit

Anyone who knows Donie Garrihy knows that he wears his heart on his sleeve, and that was never more evident than in the aftermath of Sunday’s Munster final loss.

He had just seen his team battled bravely against all kinds of adversity and come up short in a game they will feel was one that got away. It was a cruel finish to a positive year and he was not hiding the emotion of the occasion.

“We kept our integrity for the whole game and asked lots of questions of Templenoe. We had a great chance for a goal early in the second half and it would have been game on had we scored that. We could have been up at half time too and we gave them some chances for scores and didn’t score ours. We weren’t razor sharp today and that cost us in the second half. We asked plenty questions of them but I liked the way we kept our integrity. We got that red card and stuck to our task with 14 men and our squad players came on when the black cards were shown and they played with great intensity. To say I am proud of them is an understatement but that it what I expect from these guys every time. We wanted to be ahead at the end of each quarter. We broke the game up into four 15 minute periods and targeted being ahead at the end of each of those and address where we stood at the end of each one. We had that goal chance and we asked plenty questions of them so we have to be pleased with that” he noted.

The loss of key players was a fatal blow for the North Clare men with Maccon Byrne and Padraig Kelly picking up black cards while Liam Tierney saw two yellows beside his name. Garrihy felt those incidents had a huge bearing on the game.

He said: “They were massive moments. It upsets your shape and we had to move lads around the pitch to try and shore up the positions that the lads were gone from. They guys we lost were all big men and that really hurt us. It is hard to see everything I suppose but I didn’t see any black cards for them, it was all yellows”.

The defeat brought the curtain down on a year for St Breckan’s that saw them win the intermediate chance at the first time of asking while winning two Munster championship games en route to the decider. Garrihy admits while having such a long year is a symptom of success, he would have preferred if the finish came under different circumstances.

“I would have taken that end to the year with a win. I hate losing more than I love winning and that is my problem, which is just me. Those types of low scoring games are what I love being involved in. These Star Wars type games are just nonsense in my view. You have to keep the scores down and keep things tight and that is what it is all about because all people remember are the winners. We had some real positives today in that Jack Sheedy was excellent at full-back against one of their big names in Adrian Spillane. Once he thought he had him shaken off, he turns into him again and Jack says welcome to Hell so it was tough luck on Spillane for picking Jack as his marker today. With a little bit of luck, we could have got there. It got away from us for a couple of minutes and we were chasing it after that but the guys did really well. They died with their boots on and that’s all we could have asked for” he concluded.