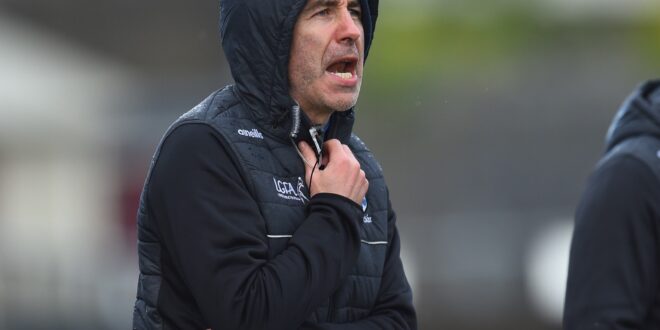 As the euphoria in Tuam Stadium was dying down in the aftermath of Sunday’s win, Clare selector Ger Keane was heard to say “Right lads, are we back on Zoom so on Monday night?”.

It summed up the manic nature of the 15 or so minute which had just unfolded with Clare’s championship future swaying in the wind before Laois eventually held off Kildare.

The Kilkee native outlined that it was a surreal experience for all involved but felt that when reality hit, his side were deserving of their place in the last four.

“It is unbelievable really to be honest. I am involved in football a long time but I was never involved in something so dramatic in waiting for the result to come in from the other game. We knew we just had to take care of our own business and after that it was out of our hands really. We built ourselves up for that Kildare game and we were disappointed then because we thought with only one going through, it was a very tight group. The girls have responded unbelievably well since we lost to Kildare and I would say we had in the high twenties at our training sessions and they really drove it on, and they got their just rewards today” he noted.

With Clare’s fate always going to be decided by results elsewhere, Keane admitted it was a challenge to ensure that everyone’s focus was solely on their own game so as to ensure they had that fighting chance.

“They are proud Clare women and they wanted to win an intercounty match first and foremost. We don’t take anyone for granted and that is the way we looked at it today. We were just going to go as hard as we could for 60 minutes and see what happened. They were very good, everyone played really well and we were not relying on one individual to pull us through. They showed great team work and worked really hard for each other” he said.

The starting 15 for Sunday’s game showed plenty changes from the previous week’s win over Laois, with Amy Sexton the most notable as she bagged a hat trick when handed her starting place. Keane outlined that everyone on the panel is working hard to get those starting places, and that competition for places is having a positive impact on the entire squad.

“Some of the girls who had not been starting had been coming very close it and some of those who were not picked today, had been doing well. It was just a case of trying to get the balance right and it seems like we did today. We have a fair idea now of what we have in our team and our panel and we think we are improving the whole time. There is good strength in depth there which is a great way for us to be going into a semi-final. We have two weeks now and a lot of it will come down to who is going well in training and who is doing most because there is very little between the players we have” he explained.

Next up for Clare is another showdown with Meath, with the teams being no strangers at this stage. Keane is looking forward to the game and has no concerns about managing the two week gap.

“We had a dramatic draw with them in the last game of the league this year already. They were six or seven points up on us that day and were cruising. They have lost the last two All Ireland finals also so they are going to be going into it as very strong favourites but with the way our girls are playing, they are going to fear no one and it is a great bonus to be there, so it should be a cracker of a game. We have a good system going about where we are training and we have a good consistency in that and about what we are doing. The two weeks now will absolutely fly” he said.