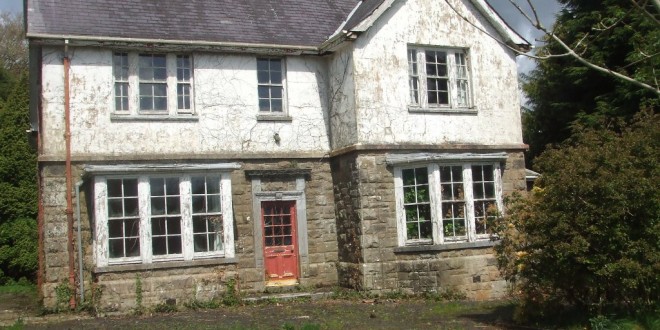 CLARE TD Michael McNamara has called on the State to acquire Drewsboro House, the birthplace of acclaimed author Edna O’Brien, with a view to turning it into a writer’s retreat and museum.

In a letter to the newly appointed Minister for Arts, Heritage and the Gaeltacht Heather Humphreys TD, Deputy McNamara highlighted the cultural significance of the house, which is located in Tuamgraney.

The property, which consists of 7.025acres, failed to sell at auction earlier this month and the Clare TD believes if the State were to acquire the property it would represent “good value for the State”.

“The primary importance of Drewsboro is cultural. Readers of The Country Girls and many other Edna O’Brien novels are very familiar with the house. In her memoir Edna describes her childhood home as ‘a large two storey house with bay windows, and could be approached by two avenues an old and a new’,” he stated in his letter to Minister Humphreys.

He outlined that since his election in 2011, he has been trying to find ways in which Drewsboro House might be purchased and conserved. He said due to the economy and demands on limited State resources, it was necessary to look at various possibilities as he felt any approach by a State body could have resulted in an increase in the asking price.

“Despite my best efforts, I have not found a benefactor or an academic institution who would be interested in such a project. In the event that a benefactor purchased the property, I had hoped that Irish Landmark Trust, with whom I discussed the project might then assume responsibility for the building which could subsequently be used for cultural tourism purposes. In any event a public auction was held on July 1, at which the house failed to secure a bid in excess of €200,000 and was withdrawn. This is a long way back from the figure of almost €500,000, which has been the guide price for the past number of years. €200,000 (or a figure somewhat in excess of this) to purchase the house and land is still a considerable challenge,” he outlined to the Minister.

He stressed that there is good community support in the area to secure the future of Drewsboro House but because of the scale of the challenge, local groups alone were limited in what they can achieve.

“Any community proposal for the future of Drewsboro could only succeed with the support and blessing of Edna O’Brien. I have spoken with her on the future of the house some time ago and I believe that it is her dearest wish to have the house acquired and restored for a suitable purpose,” he said.

Deputy McNamara said he discussed the possibility of a locus for women writers with academics from both UL and NUIG, but with limited success to date.

“There is now an opportunity for the State to acquire the house for a sum that represents good value for the State and turned into a writers’ retreat and museum with the Kate O’Brien House in Limerick and the Heinrich Boll cottage on Achill Island, serving as examples of what might be achieved,” he concluded.

Carol Byrne is a reporter at The Clare Champion newspaper reporting on news in the East Clare area and the arts. She also covers the courts in County Clare and has received seven national awards for this coverage from the Law Society of Ireland and a National Lottery Local Ireland national media award for Best Community Story 2019. A Masters in Journalism graduate of NUI Galway, she also holds a Bachelor of Arts from the University of Limerick in Music and Media Studies, and a Higher Diploma in Irish Legal Studies. She began her career interning at The Limerick Leader and Clare FM, before taking up a full time post at The Clare Champion in 2006.
@@Carlsburn
Previous First Interclub Junior Regatta at Cullaun Lake
Next Lough Derg fatality despite extensive rescue efforts