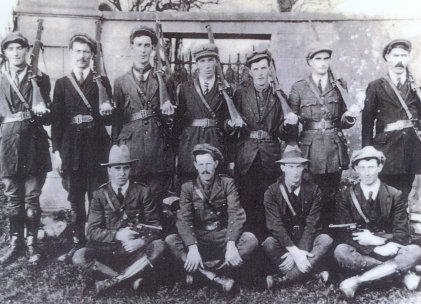 AS EVENTS in the War of Independence are commemorated across the country, communities in East Clare are preparing to mark the 100th anniversary of the Glenwood Ambush in the New Year.

On January 20, 1921 at about 4pm, a motorised patrol of ten armed Royal Irish Constabulary (RIC) and Black and Tans, travelling from Sixmilebridge to Broadford, approached the back gate of Glenwood House. Waiting for them, concealed behind the walls of the Glenwood estate was a group of approximately 37 armed volunteers, from the East Clare Brigade of the IRA, led by Michael Brennan of Meelick. As the patrol passed by the gates, a fusillade of gunshots struck the patrol. Six RIC and Black and Tans were killed, two were injured and two escaped unhurt. One IRA volunteer was injured.

To mark the centenary of the event, the local memorial committee plans to mount a limestone plaque at the memorial site in the townland of Glenwood, Belvoir, Sixmilebridge, where the estate house now lies in ruins. This plaque is currently being created by sculptor Michael McTigue and will represent the safe house which provided food and shelter to the volunteers on the run during the War of Independence. A number of these safe houses in the Kilkishen, Sixmilebridge, Broadford, Tulla and Quin areas were either burned of badly damaged by the Black and Tans during the reprisals after the ambush.

The memorial committee is now fundraising to finance and fit the plaque. Anyone who would like to make a donation to the fund is asked to make contact with any of the following memorial committee members: John Lyons, Marguerite Keane, Michael Jamaica McNamara, Aggie McCarthy, Flan McCarthy, Sean Lonergan, PJ Ryan, John Lenihan, Frances Downing, Joe Brady, Paddy Carroll, Denis Lenihan, Dan McNamara, Sean O’Driscoll, Ann Shanahan, Jim Lynch, PJ McNamara, Noreen Ryan, Mick Ryan, JP Guinnane or Patsy Neville. All donations received will be listed in a publication or on a handout on the 100th anniversary date. Other events to be organised on that date will be subject to Covid-19.

Fiona McGarry joined The Clare Champion as a reporter after a four-year stint as producer of Morning Focus on Clare FM. Prior to that she worked for various radio, print and online titles, including Newstalk, Maximum Media and The Tuam Herald. Fiona’s media career began in her native Mayo when she joined Midwest Radio. She is the maker of a number of radio documentaries, funded by the Broadcasting Authority of Ireland (BAI). She has also availed of the Simon Cumbers Media Fund to report on development issues supported by Irish Aid in Haiti. She won a Justice Media Award for a short radio series on the work of Bedford Row Project, which supports prisoners and families in the Mid-West. Fiona also teaches on the Journalism programmes at NUI Galway. If you have a story and would like to get in touch with Fiona you can email her at fmcgarry@clarechampion.ie or telephone 065 6864146.
Previous Drama on air as Scariff Bay gets set for feast of radio plays
Next Shannon-based Rescue 115 on standby for SpaceX launch 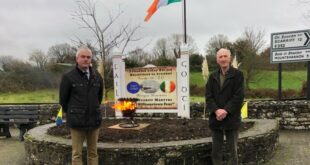 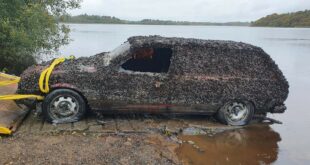