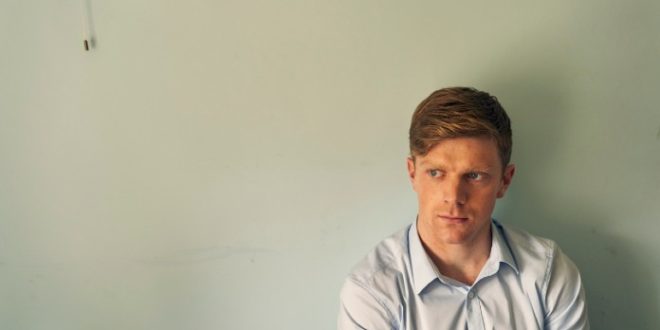 FOR a young actor, being in lock-down while some of your highest-profile work graces screens around the world, must be something of an anti-climax. For Frank Blake, the enforced isolation in his native Tuamgraney, during the height of the buzz around Normal People, is not without its advantages, however. Frank, who plays the complex character of Alan in the adaptation of the award-nominated novel by Sally Rooney, has been using the time to explore his own screen-writing abilities. Given that his great aunt, Edna O’Brien, is one of the country’s greatest living authors, it’s probably a safe bet that he has more than a little literary talent.

Now based in Dublin, the actor has been clocking up significant screen and stage roles, including a part in Druid’s landmark production of Richard III. He returned to East Clare shortly before the lock-down was announced, and just as the BBC3’s Normal People, directed by Lenny Abrahamson, was set for a stratospheric launch. While leafy Tuamgraney is a far cry from the red carpet, it is very much the source of Frank’s early inspiration for an acting career. A past pupil of Scariff Community College, Frank’s first role was in a production by East Clare Musical Society of Jesus Christ Superstar. “I was 15 and got to nail Jesus to the Cross. It was my first time on stage and I never felt nerves like that until I did my driving test,” he told The Champion.

A role in the musical All Shook Up calmed his stage fright and sharpened his appetite for theatre and drama. “I had a huge interest in plays and movies,” he explained. “I was into theatre for an early age and it was the likes of the Clare Drama Festival that meant I got to see plays.” Frank recalls a production of Conor McPherson’s The Weir that really sparked his own ambitions. “It was an amazing production and it’s an amazing play,” he said. “It’s set in an Irish pub and when I saw it, I thought, ‘that’s us, that’s our life on the stage’.”

While Frank spent a year at NUI Galway studying Drama, German and Philosophy, it was the college’s dramatic society that really furthered his theatrical education. He took lead roles in productions of work by Shakespeare and Brian Friel, and was part of eight Dramsoc productions in a single year. With an acting career now firmly in his sights, Frank made it through a grueling round of auditions for places at the Lir National Academy of Dramatic Art at Trinity College Dublin, where thousands of hopefuls are whittled down over three months to a cohort of just 16. “Getting a place was really a kind of validation for me,” he said. “You’re working with professional directors straight away and I really had a sense that this was where things really happen.”

Securing a role with an all-star cast in Druid’s Richard III was another sure sign that Frank was on the right path. “I had always dreamed of working with Druid. When I got the role in Richard III, I had a sense of being surrounded by greatness. I had to challenge myself and I learned so much.”

Frank was appearing in Asking for It at The Abbey, when plans for the adaptation of Normal People were unveiled. He had already “devoured” the novel and felt many resonances with his own life. “There’s that storyline of moving from rural Ireland to Dublin and of studying something that’s not quite the norm,” he explained. “I think all of us see ourselves in the story in some way.”

Approaching the role of Alan – one of the story’s darker characters – was something that Frank undertook with open-mindedness and empathy. “You have to have some kind of sympathy for your character, otherwise you’re just playing a tone,” he said. “You have to recognise where the darkness comes from and the history with Alan’s father. You have to approach him with that in mind. He is someone who feels left behind and there’s a bitterness about him because of that.”

Frank is also conscious of where his character fits into the broader themes of modern masculinity which Normal People explores so skilfully. “There is a conversation to be had about male mental health,” he said. “You can see that Alan is someone who feels trapped and carries a sadness, but doesn’t ask for help.”

Portraying such a complex character is something that director Lenny Abrahamson gave him guidance with, as well as plenty freedom to make the role his own. “It was such a great honour to work with Lenny,” he said. “I was a huge fan of his before I met him. He really puts his trust in the actors, he collaborates and that provides a validation of what you’re doing.”

Being in the presence of great talent is not an unfamiliar experience for Frank, as the grand-nephew of Edna O’Brien. And, one cannot help but speculate about the possibility that he will star some day in a screen adaptation of one of her novels. While Covid-19 has, for now, curtailed some of Frank’s acting roles, it has afforded the time and space for his own writing and the chance to develop alternative projects. “I would certainly love to be involved in something Clare-based,” he said. “I’d love to shoot something in the county, it would be great to think that is a possibility at some point.”

Fiona McGarry joined The Clare Champion as a reporter after a four-year stint as producer of Morning Focus on Clare FM. Prior to that she worked for various radio, print and online titles, including Newstalk, Maximum Media and The Tuam Herald. Fiona’s media career began in her native Mayo when she joined Midwest Radio. She is the maker of a number of radio documentaries, funded by the Broadcasting Authority of Ireland (BAI). She has also availed of the Simon Cumbers Media Fund to report on development issues supported by Irish Aid in Haiti. She won a Justice Media Award for a short radio series on the work of Bedford Row Project, which supports prisoners and families in the Mid-West. Fiona also teaches on the Journalism programmes at NUI Galway. If you have a story and would like to get in touch with Fiona you can email her at fmcgarry@clarechampion.ie or telephone 065 6864146.
Previous FG councillors support new coalition deal
Next memories recalled of Killaloe Country Club 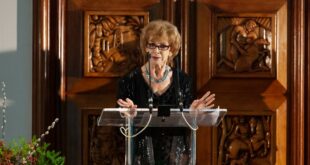