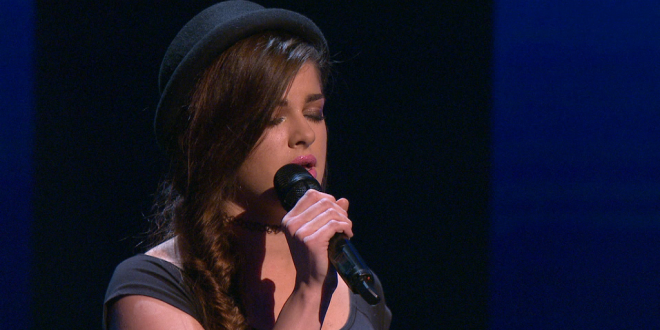 Two East Clare singers are among those battling to survive what has been described as a “brutal format” in The Voice of Ireland competition this Sunday night on RTÉ 1.

Kate Purcell and Sarah McTernan have made it through to the live knockout stage, with folk singer Purcell warning they face a “brutal format” in the next stage. With 36 acts whittled down to just 12, the judges now face the task of picking their favourites. Each coach pitch three contestants against each other but there is only space for one from each team to go through.

Tulla’s Kate Purcell is part of Westlife star Kian Egan’s team. She performed a powerful rendition of Rihanna’s We Found Love to advance through from the blind auditions. She next sang Natalie Imbruglia’s Torn in the battle round.

While the 48-year-old mother-of-two would love to qualify for the quarter-finals, she says she has already achieved her initial ambitions.

“Performing live on stage in front of a television audience of hundreds of thousands of people isn’t easy. If you make a mistake, you are bunched because you can’t do it again.

“I am delighted to get this far in the competition. I would love to get into the quarter-finals but it will be difficult to get past this brutal format.

“I have got what I wanted out of The Voice of Ireland. It has increased my national profile and it has challenged me to sing a different style of song from my usual ones as a folk singer.

“I have learned a lot about how to perform on television from the show. Apart from performing on the Late Late Show a few years ago, I have very little television experience. It is a completely different platform, compared with performing in other venues,” she added.

“It is amazing the amount of support I have received from well-wishers walking down the street in Ennis. People recognise you when you perform on television,” she said.

A professional singer for the last 28 years, she is the resident singer at Dromoland Castle, performing five or six nights per week.

In addition to touring the USA, England and Holland, she has released four albums and has had a track in the charts. She performs regularly as part of Thrillogy, with Denise Glass from Larkin’s pub, Garrykennedy on fiddle and classical violinist Yuki Nishioka.

Scariff’s Sarah McTernan is part of Rachel Stevens’ team and sang Who You Are by Jessie J for her successful blind audition.

The 20-year-old, who is currently studying vocals and dance at the University of Limerick, beat Tara Gannon in the battle rounds with her version of Changing by Paloma Faith.

Describing her vocal style as bluesy, Ms McTernan is influenced by Adele. Sarah said she hasn’t received any negative feedback from her experience and noted it has helped her to get more gigs.

Performing on a live television show she admits involves a lot more pressure compared to a regular gig in a pub or other venue. “It is crazy, my head is racing and there was butterflies in my stomach. I was so nervous during my blind audition that nerves did affect my voice.

“This is my first time to compete in a national live television competition and I would not have been singing in front of huge crowds previously.

“Performing in front of a television audience has given me so much confidence and has helped me to grow as a singer. I used to be very shy.

“I will be trying to focus on putting my emotions into the song and on the lyrics. I am now starting to get gigs following my performances on The Voice of Ireland,” she said.

The Scariff singer, who works in Penney’s in Ennis, is in Dublin all week rehearsing, where she says there is a great buzz amongst all the contestants. She is also working on forming a new four-piece band.