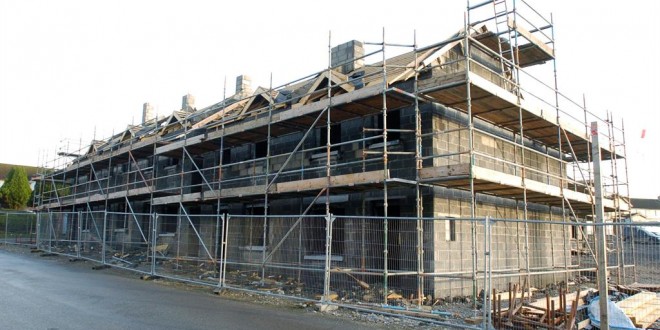 JUST shy of €71 million was spent on residential property in Clare last year, an analysis of figures from the Residential Property Price Register shows,

The register shows that there were 598 transactions during the 12 months. The second half of the year was busier than the first, with 238 transactions in the first six months and 360 from July to December.

July was by far the busiest month, with 89 sales.

Interestingly, the end of the year also saw a spike in sales, with November (62 sales) and December (65 sales) the second and third busiest months of 2013.

There was just one seven-figure purchase in the county last year, with €1,462,500 paid for Tinerana House, Ogonnolloe, Killaloe. This was more than 12 times the average price.

Another 17 properties were sold for prices in excess of €300,000, meaning that 3% of properties went for more than that price.

Also this week GeoDirectory, a body jointly established by An Post and Ordnance Survey Ireland to manage a database of the country’s buildings, stated that 275 new buildings were recorded in Clare last year.

The 275 buildings consisted of 223 residential properties, 43 commercial properties and nine dual-use. This brings the total number of buildings in the county to 57,658.

Their data showed that 31, around 11%, of this new commercial and residential stock in Clare are vacant. The data also shows that 54 buildings were under construction in the county at the end of 2013.

The amount of new builds decreased in every county in the country bar Dublin last year. In Clare there was a year on year decline of 48%.

Previous Ennis crematorium plan under fire
Next €60,000 bill for fire service after storm