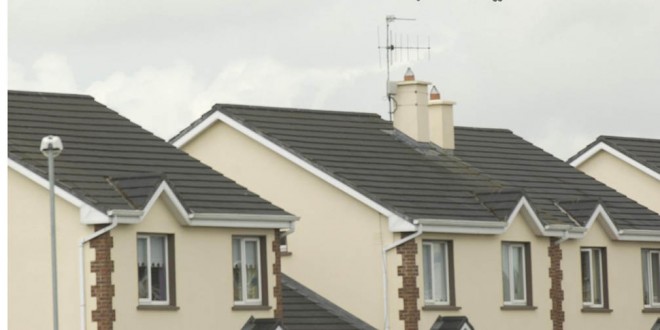 MORE than €6.1 million was spent on residential properties in Shannon within the first six months of the year.

Figures from the Irish Property Price Register show that there were 38 sales between January and June within the town, with a total of €6,132,803.29 being spent. This means that the average price paid in Clare’s second-largest town was €161,389.56.

The most expensive property was 29 Tullyglass Crescent, for which a sum of €295,000 was paid. This deal was finalised on January 22.

Thirteen of the transactions were for more than €200,000 but there was also plenty of more affordable accommodation in the town.

Just €59,100 was paid for number 29 Rossbracken but it is understood that in this instance, full market value was not paid. There was a sum of €60,000 paid for number 81 Bru na Sionna, while in all there were six transactions where the property value was less than €100,000.

At the moment, there are 44 units of accommodation for sale in Shannon on Daft.ie but there is just one available to rent.

A report issued at the end of March showed that house prices in Clare had risen by some 11% in the previous year and were some 55% above the lowest point of the recession. The average price in Clare in March was €191,000.

Owen Ryan has been a journalist with the Clare Champion since 2007, having previously worked for a number of other regional titles in Limerick, Galway and Cork.
Previous Champion Sports Chat Podcast Tuesday August 20 2019
Next Off The Fence With Fergie O’Loughlin