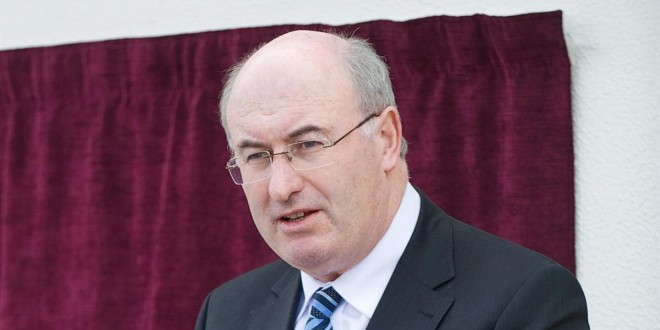 RURAL development funding, worth an estimated €14.7 million for community projects throughout Clare, will be on hold for at least two years, Clare Local Development Company has warned.
While the budget for the next Clare Leader programme is still not finalised in advance of the tendering process, chief executive officer, Doirin Graham estimates Clare should get at least €10 million, out of a total amount of €250 million, based on the population size and rural nature of the county.
Stating the last grant approval for a Clare project was made last summer, Ms Graham said the best-case scenario is that funding will be made available from mid-2015. Ms Graham also warned that €200,000 of grant aid would be lost to the county, unless Environment Minister Phil Hogan allows the non-for-profit company to reallocate any unspent funds in 2014.
Clare Leader estimates the total loss for the county will be €14.7 million, as every €5 million in rural development funding generates another €2.35 million in supporting private and community funding.
Since 2009, 350 projects have been approved by the Clare Local Development Company, following its revised allocation of €16,175,841 for 2009 to 2013, which was the second highest allocation nationally.
The majority of voluntary groups, who are involved in major projects such as new playgrounds and community centre refurbishments and extensions, use Leader funding as a lever to secure council and other State grants.
Last Sunday, over 200 people visited the new Kilkishen Cultural Centre, which has been completely revamped, thanks to a major refurbishment project, costing about €550,000. Approval for a €386,000 grant from Clare Leader was the key to bringing this project to fruition. Kilkishen Community Development chairman, Mike Hogan admitted this project would not have gotten off the ground without the support of Leader. He also noted that numerous other recreational and cultural facilities would not have been provided without this grant aid.
Meanwhile, CLDC is continuing its campaign for Minister Hogan to abandon his plans to bring CLDC under the umbrella of Clare County Council as part of his controversial alignment plans.
Having worked as part of a partnership approach with the council, CLDC CEO, Doirin Graham stressed the Clare Leader group has no issue with the council, which is not responsible for the establishment of this new structure.
If the new structure is approved, Ms Graham warned, it would not be an independent committee, as its membership would be sought through the council and it would be run from the authority.
At a council meeting on Monday, Ms Graham and CLDC chairman, Stephen Walsh, addressed county councillors about the benefits of retaining the existing model, which has been lauded in the EU as one of the best in Europe.
Councillor Johnny Flynn tabled a motion requesting an oversight role for CLDC in any new local authority structure and expressed grave misgivings about the new structure, as proposed by Minister Hogan.
However, director of services, Ger Dollard advised councillors not to vote on a motion about a structure, which hasn’t yet been established, regardless of whether Councillor Flynn’s fears materialise.
However, councillors proceeded to unanimously support Councillor Flynn’s proposal.
According to the Department of the Environment, the main objective of alignment is to achieve a more joined-up approach to service delivery at local level and to maximise funding for the delivery of frontline services. A department spokesman said CLDCs will have oversight and planning responsibility for local development and community programmes in their area.
“The membership of the CLDCs will be based on a partnership model, comprising stakeholders from local government, local development, State agencies and the community sector. Local development companies will also be represented on the CLDCs. The CLDC will have equal composition of statutory and non-statutory members, so they will not be dominated by local authority interests.
“The CLDCs will focus on identifying the local and community development needs and priorities for their area in Local Economic and Community Plans. Local authorities will provide secretariat and administrative support to the CLDCs and they will absorb most of the associated administration costs involved. Pobal will provide technical and administrative support to CLDCs during the initial establishment phase,” he said. 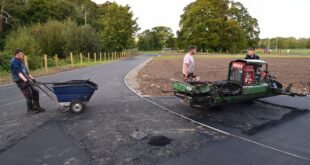 Pickets to be placed on TDs offices