Home » Lifestyle » Dress to impress in the Dáil 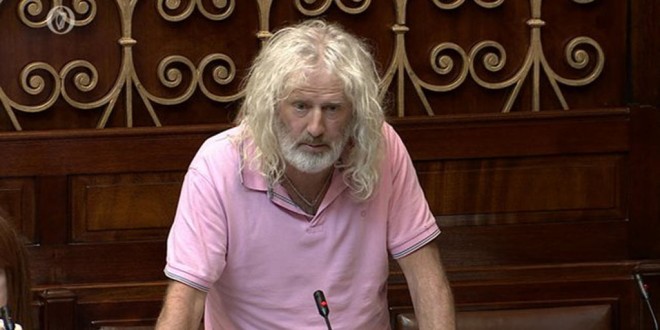 Dress to impress in the Dáil

Mick Wallace, Richard Boyd Barrett and a couple of other outgoing TDs, if re-elected, could well face another drive to oblige them to wear ties in the Dáil chamber.

Senator Lorraine Higgins has called for an Oireachtas dress code to be introduced following General Election 2016.

The Galway senator said, “It is unacceptable that members of Dáil and Seanad Éireann would enter the chambers of our national parliament dressed in unsuitable attire.”

She noted in 2011, the Oireachtas Committee on Procedures and Privileges drafted a proposal requesting TDs and Senators wear ‘appropriate business attire’ in their function as legislators.

“This has clearly not been heeded and a small cohort of deputies continue to dress in an unprofessional manner, unbefitting of our national parliament.

‘’I am calling today on the Taoiseach and Ceann Comhairle to meet prior to the formation of the next Dáil with a view to agreeing a set of rules governing the standards of dress acceptable so that incumbent members of the Oireachtas know what to expect.” she said.

“I have always taken my position as a member of Seanad Éireann very seriously and likewise have treated the office I am honoured to hold with the dignity and respect it deserves. The same is true for the majority of Oireachtas members, however, some feel the need to stand out in the fashion of a mid-life sartorial crisis and this, in my opinion, is unbecoming of national parliamentarians and is a blatant show of disrespect to the public,” she concluded.