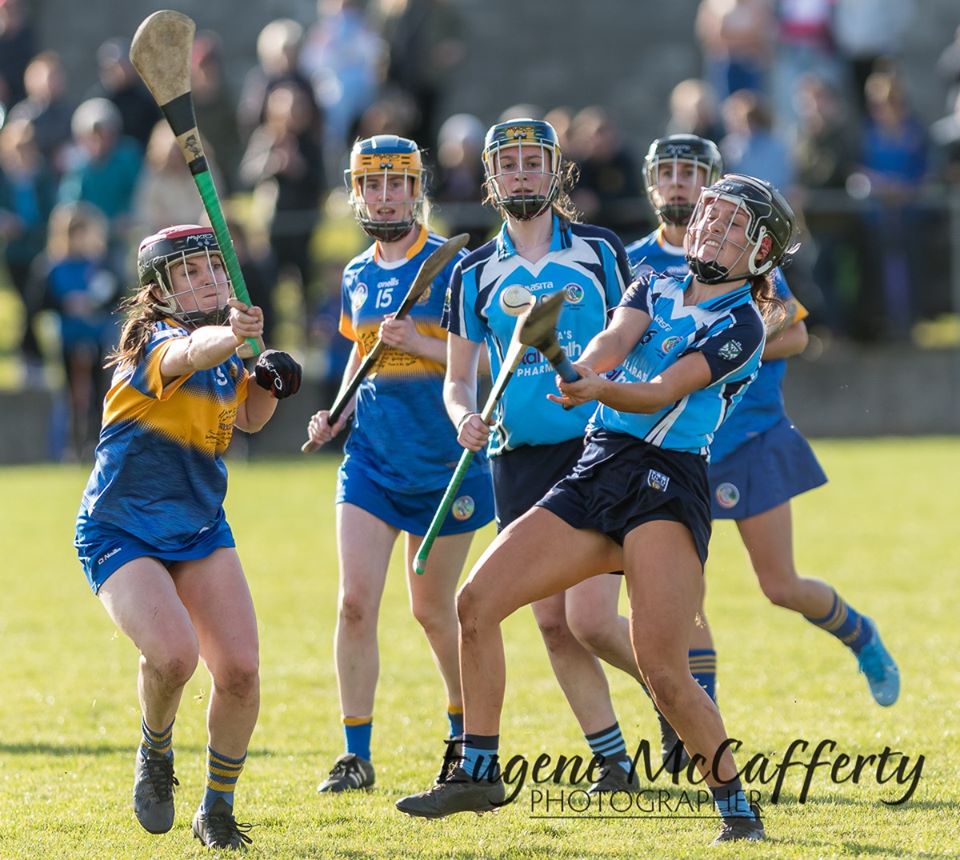 Scariff-Ogonnelloe have had leaders in every line of the field during their run to Saturday’s Munster club final, but there is no doubt that their centre-back Ciara Doyle has been one of the main driving forces.

She is still one of the younger members of the squad, but her performances for club and county leave little doubt that age is just a number as she carries herself with the confidence and composure of a seasoned veteran.

Being a Doyle from that neck of the woods, she admits a future in camogie was always written in the stars.

“I was no sooner born than Dad had a hurley stuck in my hand so it was always going to be camogie for me. I remember when I was younger he trained the boys teams and had me going out playing with them too and I loved it. It developed further then with the schools teams and getting called onto county panels and continuing that onto college. You get treated so well and it makes you want to keep going back to it. Everyone has the thing that they love doing and for me that is camogie. That is what I dedicate my time to and I love training and constantly trying to improve and when you enjoy it, that becomes much easier. I am also lucky to be involved with such a great club and we have been lucky enough to be successful so hopefully that can continue” she said.

Her father Leo is a familiar voice through his commentary work with Scariff Bay Community Radio, but his daughter is quick to answer when asked if there are many analysis sessions held around the kitchen table.

“A lot of analysis goes on when we sit down but most of the stuff he says goes in one ear and out the other” she laughed.

Along with driving her club to a first ever provincial senior decider, Ciara is also juggling training with her chosen field of study. She is currently a second year student of sports science in Waterford Institute of Technology, and she says it is something she is really enjoying.

“I am studying sports science in WIT and I love it there between the course, my friends, the place itself and the camogie I am really well set up. It is nearly hard to drag me home at times so I am lucky there is training to come back for or I would nearly be staying down here all the time. We have great people involved with us in college too for camogie and we are treated so well. It makes you want to keep going and that is across the board at club and county too. We have a really good college team and we won the league last year but were disappointed not to put the Ashbourne with it. At the end of the day, sports science is really important in terms of performance analysis, nutrition, and all that but it all boils down to how hard you work and how determined you are to succeed that is the key factor. You can eat well and look after yourself all you like but if you don’t put in the effort to improve your skills and have that will to win and respect all those around you, then you are not going to go very far. For me, your attitude towards the game and how you are going to approach it is the most important thing to get right” she said.

2019 has already been a historic one for the club as they captured their maiden Clare senior title. Doyle feels while that achievement will never be forgotten, they are focused on making Saturday another memorable day.

She said: “Our main goal was to get to the Clare senior final and get that McMahon Cup back to Scariff-Ogonnelloe. We never thought we would end up being in a Munster final and it really is the stuff of dreams to be honest. It is the reason that you go out training on all those horrible wet evenings and it is brilliant to have this to look forward to. We know it is a real opportunity too and we are ready to grasp it with both hands and get the result that we want. Over the last few years we had never gotten past the semi-final stage and both those times it was Inagh-Kilnamona who beat us. We got to the league final where it looked like we were going to sail away with the win and they came back to beat us again. Playing them in the semi-final and beating them almost felt like that once we had managed to do that, then we could get over anyone after that. It was always going to be a tough game in the final and Newmarket were never going to give us anything easily but we were able to enjoy it that bit more because we had finally got to the final which was huge for the club. We said we would go out and play our own game without any great deal of worry. There was no pressure on us really because we were the team in the final for the first time and I think helped us to just go out and play the way we wanted to and we got the right result. It was great then to get play our Munster semi-final in Ogonnelloe surrounded by our friends and family and to come out with the win was brilliant. Getting to bring the Limerick champions into our home turf and beating them was amazing. It is not very often that girls get to play in a Munster senior semi-final and getting to do that at on home soil was a huge boost for us. People don’t realise the effort that was put in by everyone involved over the last few years. This year was a massive drive between players, management and the club as a whole to be successful. We were lucky enough to have players involved with county teams too across a number of grades so we were confident that we were in a good place. We knew that we had trained hard enough and worked hard enough to become one of the best teams and I suppose we have become that now by winning the title. We need to drive it on from there and hopefully become the best team in Munster too”.