Home » News » Doolin craftsman is furniture maker of the year 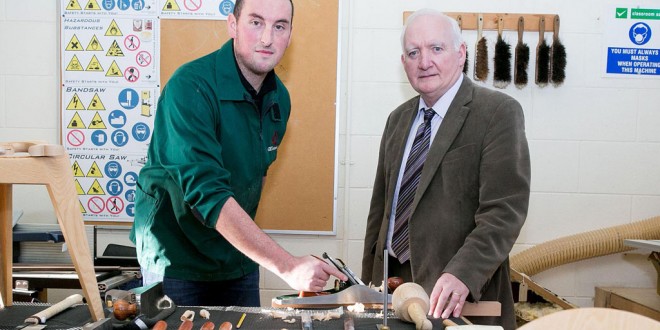 Doolin craftsman is furniture maker of the year

A North Clare man was named Furniture Maker of the Year, after graduating from GMIT Letterfrack with a BSc in Furniture and Wood Technology.

Caoimhín Conneely was inspired to pursue a career in woodwork by his teacher, Hughie Kivlehan, at Mary Immaculate Secondary School, Lisdoonvarna. Hughie passed away suddenly in October but Caoimhín fondly remembers the years of encouragement he received from his mentor, long after he left his classroom.

“I didn’t do woodwork when I started first year. I was in second year when I decided I wanted to change to woodwork but Hughie told me I had to prove myself. He made me do a portfolio and project to prove to him that I wanted it and was willing to work before he would let me get into his class,” the Doolin man said.

He acknowledged too the support he received from his family. “I begged Hughie to allow me into his class. He asked me what I was able to do, so I said I could make a stool. He said ‘go home and make a sugán stool and bring it back to me on Monday’. I spent the whole weekend making the stool and my parents sourced the rope. So, with a few lessons from my granny and my uncle, I completed the chair. On the Monday, I brought it into school and showed it to him. He was very impressed and said to me ‘you can join my class now’. I had a lot of catching up to do, as this was halfway through second year but I was determined to keep going. I was so happy to be taken into his class,” he said.

“I got an A in the Junior Cert and from third year, Hughie wanted me to go to Letterfrack. We did work experience in transition year and Hughie sent me working with Bernard Vaughan in Ennistymon – Bernard had gone to Letterfrack and he had a few lads working with him who had gone there. That gave me a taste for it. Hughie lit the fire really and I was in contact with him very regularly until he passed away about six weeks ago. He would have been delighted with this,” he added.

After he finished school, Caoimhín did a carpentry and joinery apprenticeship with Pearse and Cormac Shannon Construction in Doolin. After qualifying he decided to go a step further and apply through the CAO to GMIT Letterfrack for the Batchelor of Science in Furniture and Wood Technology. He got in.
“I was really happy. Hughie was delighted too, same as when I was at Farmleigh House at the Letterfrack exhibition there and I met the President. Hughie, along with my parents, have been so encouraging all the way along,” Caoimhín said.

The Furniture Maker of the Year award is presented to the student in the college who produces the best pieces of furniture overall and more than 60 students competed for the award. Caoimhín was also presented with a second award from the GMIT Student Union, in recognition of his contribution to student activities in Letterfrack for the past three years.

“I was the SU representative in Letterfrack. I set up a soccer league and different charity events. We held fundraisers for Movember and Shave or Dye and we did a quiz for St Vincent de Paul and held a Darkness into Light walk. I did that in second and third year. We would have raised about €10,000 for charity during that time and there are only 200 students,” he outlined.

These are not the first awards Caoimhín has picked up during his time in the college.

“There is a gallery of the best pieces in the college. There are about 40 pieces in it and if you get into that, it is considered a massive honour. You are aiming for that the whole time but I got into it in first year and then, in second year, I had six or seven pieces in there. That was a huge thing,” he stated.

Caoimhín is back in Connemara at the moment completing a further year in Letterfrack but his next step, he hopes, will bring him further afield.

“In third year, I was on work-placement in GMS in London where I completed several projects, from design stage to completion and fitting. I received very positive feedback on my progress with the company and they asked me to work for them after completion of my placement. This I did until returning to college this September,” Caoimhín said. 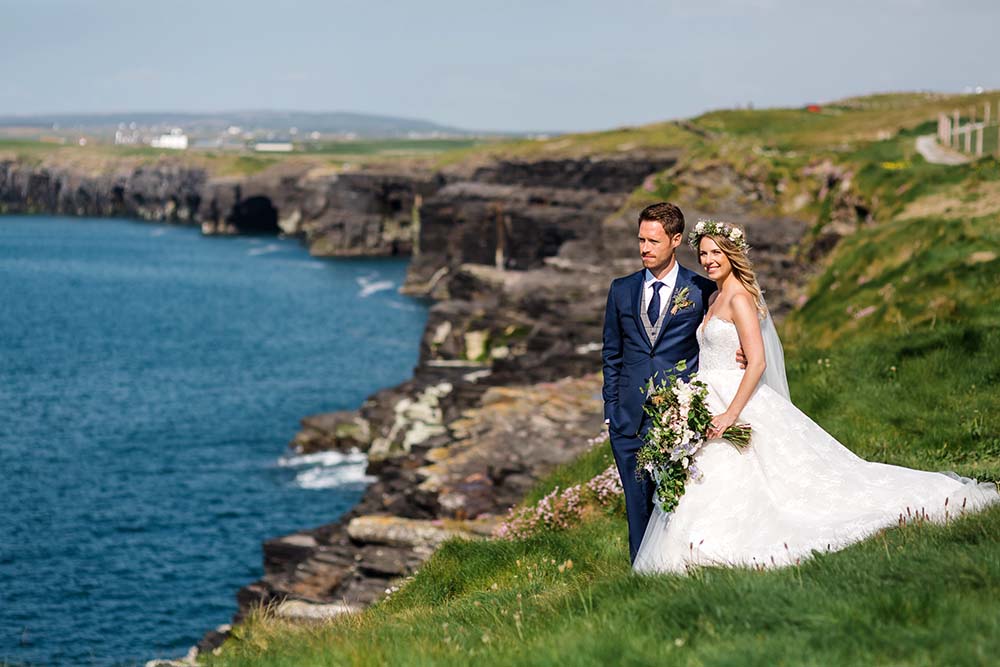