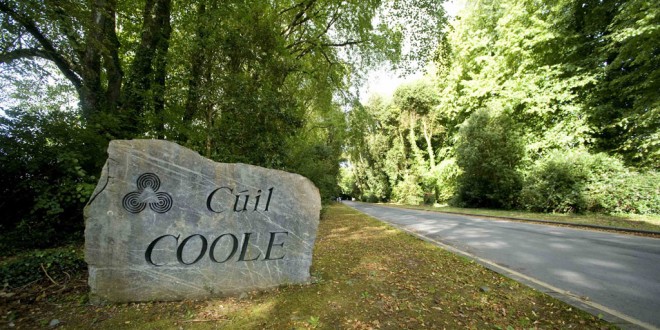 Dogs not so Coole off-lead

UNRULY dogs are “an ongoing problem” in Coole Park, a representative of the National Parks and Wildlife Service (NPWS) has said.
Signs erected in the reserve by the Department of Arts, Heritage and the Gaeltacht state that there has been “an increasing number of complaints from members of the public about dogs”.

“The problems experienced have included fractured bones, children knocked off bicycles, toddlers, older children and adults being terrified and joggers discommoded and injured as a result of the attentions of ‘friendly’ dogs,” the sign states.

Enda Mooney, regional manager with NPWS, explained that dogs allowed off the leash by owners are causing a wide range of problems and on one occasion, he said, gardaí had to be called.

“There has been a series of incidents, some more serious than others. There was an elderly woman who was knocked down when quite a big dog jumped on her and she fractured her wrist. Children are being knocked off bikes. About this time last year, there was an altercation between dog owners where dogs were not on leads and the guards had to be called in that case,” he outlined.

“There is a long history of incidents but this is not a problem that is unique to Coole,” he added.

Mr Mooney stated that there are no plans to ban dogs from the area and that such a move would be a last resort.

“[Banning dogs] would be the ultimate action and we are very reluctant to take that action because many people have family dogs and they are part of many people’s lives. People have to be aware that if they choose to have a dog, they have to be responsible for it too,” he said.

“Coole Garryland is a nature reserve. It is protected under the Wildlife Act and it is set up primarily for the conservation of nature. It is one of the few areas, for example, where people can easily see red squirrels in this country now and you can even see them in the car park when things are quiet. The park is primarily for nature conservation and education and then after that for inspiration and amenity purposes. We are quite happy for people to bring dogs in, as long as they keep them under control. As the signs say, under control means not causing a problem for wildlife or other visitors. We have a duty of care to other visitors as well,” he stated.

According to Mr Mooney, the signs were put up initially because “many” dog owners, though not all, had ignored less explicit requests asking them to keep their dogs on leashes.

“The problem isn’t just with vicious dogs but ‘friendly’ dogs are as much of a problem as anything else. It is quite common that dogs come up to children, who are naturally terrified because ultimately a dog is a wolf and young children are, I suppose, genetically programmed to be scared of wolves so it is a very common problem and I have experienced this myself as a parent visiting Coole with my own family.

“I have had terrified children clutching my legs while friendly dogs come up to them so I suppose the most recent signs were put up in exasperation because there have been many signs, for many years, that have been ignored by many dog owners,” he said.

“A few years ago, we had a problem with a small dog who people would say would be harmless but this particular dog ran under the gate into the enclosure where the red deer are kept and terrified the red deer. The stag was so terrified he tried to leap the wall and failed and collided with the wall and died a few days later. So people think small dogs wouldn’t be a problem but they are,” he explained.

The signs go on to state “dog owners are welcome to use this reserve provided their dogs are kept under control. By ‘under control’ we mean well restrained, on a lead and not causing disturbance to other visitors or wildlife”.

“The signs are working more than they did in the past,” Mr Mooney claimed, adding that a greater emphasis by staff to “talk to people” about the problems dogs can cause is resulting in “better compliance”.

The sign states, “It is not acceptable that the shoes and wheels of prams and buggies of other members of the public should be soiled by your dog’s waste matter”.

Mr Mooney told The Clare Champion that as a father and park user, he had direct experience of this.

“Responsible dog ownership extends to soiling too. I have had the same experience myself finding buggies coated with dog poo and it is not very pleasant when you have to lift it into the back of a car.”

He added, “There is a certain amount of compliance in that regard. It wouldn’t be as big a problem in Coole Park as it would be in a city park but sometimes you still see it in the gardens.

“Experience finds that certain people, no matter how many signs you put up, will not comply. The reason we put up the sign is that the response of so many people when you ask them to put their dog on a lease is ‘oh they are friendly dogs’. Rather than just saying ‘keep your dog on a lead’, we thought we better explain why this is necessary. Although some dogs are more of a problem than others, you have to be consistent in your application of this. You can’t let some dogs off the lead and others not,” he concluded.

A wealth of cultural heritage in Clare

Clare to shine on Culture Night