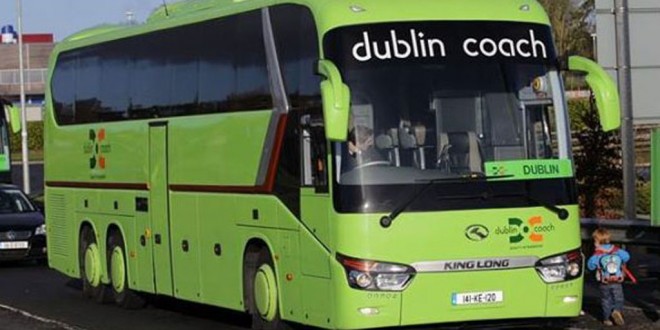 ENNIS students are being stranded because of restrictions on a bus route service being operated between Ennis and Limerick, it has been claimed.

An online petition has been started on the Ennis Forum Facebook page calling for Dublin Coach to once again be allowed to drop passengers at Arthur’s Quay at morning rush hour or collect them from the Limerick stop in the evening peak. With students returning to college in Limerick this month, the restrictions to the company’s licence from the National Transport Authority has led to visitors to the Ennis Forum describing it as “disgraceful”, with calls for the service to return

According to one post, students who have turned up to get the bus have been told that they cannot get off at Arthur’s Quay because of the licence restrictions, leaving them late for classes.

Clare Fianna Fáil TD and party transport spokesperson Timmy Dooley is now calling on the National Transport Authority to explain why it is restricting the bus route service.

Deputy Dooley explained, “The Dublin Coach service, known locally as the green bus, has been operating from Ennis to Arthur’s Quay in Limerick as part of its wider service serving Clare, Limerick and Dublin. However, the NTA is now restricting the route from Ennis to Limerick City and Dublin Coach is no longer able to drop passengers off at Arthur’s Quay in the morning rush-hour or collect passengers from there in the evening peak time.

“These are really restrictive times and limit the commuting options for passengers. This service has been working well. The hourly service helps many people commuting from Ennis to Limerick for work and college. Putting these restrictions around the Arthur’s Quay stop could see more people having to commute by car or having to walk from other stops along the route. The National Transport Authority needs to look again at the impact of this decision. It’s not good enough for officials in Dublin to take serious decisions that have a major local impact and not being held to account for them.”