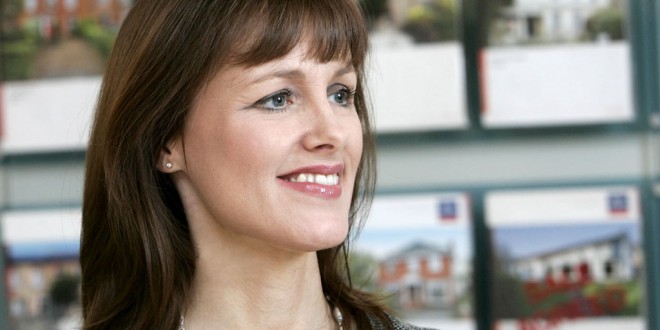 While there was an overall 16% in the Irish residential property market in 2014, a prediction of what lies ahead is difficult, according to Marian Finnegan, chief economist with Sherry FitzGerald.

“2015 is certainly a more challenging year to predict for many reasons, in particular the recent intervention by the Central Bank, in which the bank seeks to minimise the risk of another credit-driven property bubble by limiting loan to value and loan to income ratios. As this is a proposal rather than a definitive policy it is difficult to factor in what impact it will have on demand in 2015,” she said.

“Supply remains significantly constrained. As such there is every reason to believe that prices will continue to rise at above trend levels in the short term in many locations. This will be particularly evident in the urban centres where supply is most constrained.

The average value of residential property in Ireland rose by 2.0% in the fourth quarter of 2014, bringing the overall growth in the year to 16.3%.

“2014 was undoubtedly a fragmented year for the Irish property market. For the Dublin market the year opened to very tight supply and pent- up demand resulting in buoyant price inflation, of 12.6% in the first six months. That said, an increase in supply and a more temperate demand outlook saw price growth rates effectively half in the latter six months with overall growth for the year coming in at 18%,” Ms Finnegan remarked.

The market outside Dublin remained more constant in its performance with growth of 13.9% in the twelve month period, notably with the strongest performance in the latter six month period. As such the Irish market grew by 16.3% in 2014.”

The regional centres all performed strongly, notably the strongest price performance was Cork at 17.9%, followed by Galway at 14.5% and Limerick at 11.8%

Activity levels improved notably in the country overall during the year with current indications suggesting that in excess of 40,000 transactions occurred during the year, representing a significant increase on transactions in 2013 which stood at 30,000.