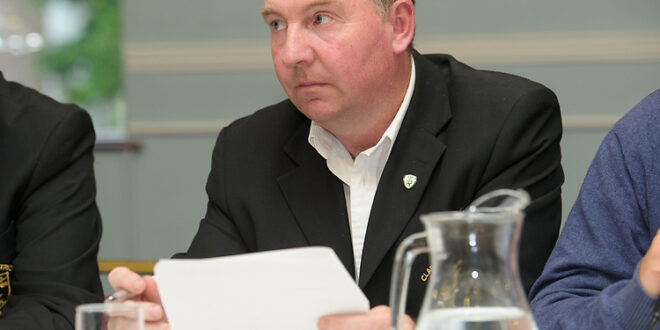 Secretary of Clare District Soccer League Michael Lydon has hit out at “people with hidden agendas” as he announced his resignation from the role.

In correspondence seen by The Clare Champion, Lydon outlined that he was stepping down with immediate effect, stating his enjoyment of soccer was now zero, which he blamed on off field matters.

He praised the work of CDSL chairman Oliver Fitzpatrick who he credited with getting the season completed after the COVID-19 lockdown, but claimed that this was done “despite the best efforts of a few people with hidden agendas who did everything to stop the season from returning”.

Lydon finished by saying he has enjoyed his years in Clare soccer but felt the time was now right to step aside. He wished all clubs well for the future and acknowledged that these are very challenging times.