Death of Detective Horkan was “catastrophic”

THE death of Dectective Garda Colm Horkan following a shooting incident in Roscommon has been described as “catastrophic” by a Killaloe-based Garda Inspector.

Inspector Adrian Queeney was appointed as the new inspector at Killaloe Garda Station during the first week in May, replacing Inspector Frawley.

In an interview with the Clare Champion following a minute silence outside Killaloe Garda Station on Sunday, he outlined how devastating his death was on a personal level and for all gardaí.

“I was stationed in the Castlrea district from 2010 to 2015 and then I went to Roscommon from 2015 until I came to Killaloe.

“We were in neighbouring districts and Colm was a very active conscientious fella who I knew very well. There is no words to explain what his family are going through since this happened last week. It is shocking and I don’t think the word tragic is enough to describe this situation.

“For the Garda family word filtered through pretty quickly that a garda had been shot and very quickly we learned it was Colm very early that night from social media.

“For Colm’s father, his nieces and nephews and those he was very close to, he will be a huge loss,” he said.

Inspector Queeney paid tribute to paramedics and those who came to Detective Horkan’s assistance after he was shot and stressed a similar incident could happen in a main street of any town or village in the country because of the risks that gardai face while they are on duty.

“It is a poignant day for me as I knew Colm Horkan well. Castlrea like Killaloe is a very quiet town after 9pm at night. It is deserted town. That night Colm went to deal with an incident and unfortunately the circumstances didn’t go in his favour.

“There have been tough times for the family as his twin sister passed away a few years ago.

“This shows how sympathy has transcended throughout the country and how people have come out to show their support for the Garda Siochána,” he said.

Inspector Queeney described the attendance of gardai, front line emergency services such as Killaloe Coast Guard and the general public in Killaloe as phenomenal.

“There was a great show of community spirit here today in Killaloe considering the weather and the times we are in. People have been ringing and calling in person to Killaloe Garda Station offering messages of support. The book of condolence is filling up pretty quickly,” he said.

Prayers were recited by Killaloe parish priest Fr James Grace while members of the Killaloe Choir sang a number of songs outside the church.

Speaking at the event, Councillor Tony O’Brien said it was important to have a strong show of solidarity for the deceased garda and to support An Garda Siochána who are needed and valued in the local community.

“It is not just a job for members of the gardaí, the come in contact with some of the most violent criminals and perform a lot of positive work in society such as helping elderly people.

Killaloe Coast Guard deputy officer in charge, Damien Madden said every call they get on Lough Derg comes through the garda station and the emergency call centre, which ensures they work very closely with local gardai.

He said gardai were very supportive when members of the Irish Coast Guard service died during the course of duty locally and nationally. 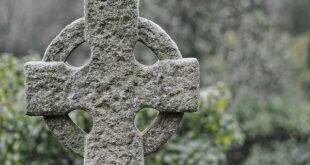 Trees to be removed over traffic concerns at Killaloe estate