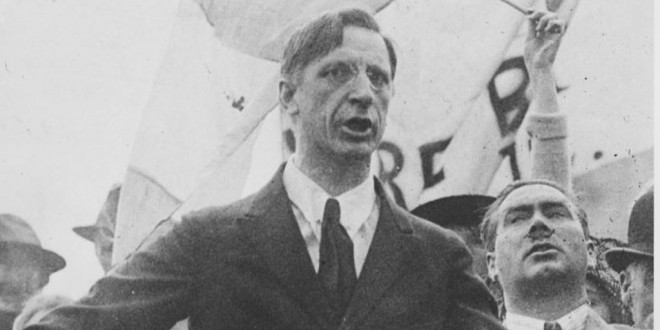 2017 marks the centenary of the East Clare byelection which brought Eamon de Valera on the political scene.

Auctioneer, Ian Whyte has described a 1917 returning officer’s report for the East Clare election that was signed by Eamon de Valera as a “very special” document, which could sell for €20,000, when it goes to auction this Saturday.

The auction at Whyte & Sons Auctioneers on Molesworth Street in Dublin will be broadcast live on the company website between 1pm and 1.30pm. Mr Whyte said it would be nice if it was bought by a Clare person and returned to the county. 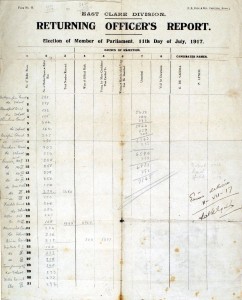 The document has an estimated price of between €8,000 and €10,000 but Mr Whye believes it could fetch considerably more.

“There was a big evaluation day on Easter Monday this year in the GPO,” he explained. “We were there on hand to give valuations and this lady brought in the item. It’s been in their family for years. She has no idea how it got there. She found it in the house. She thinks her father had it or her grandfather but she doesn’t know what the connection to Clare was.”

The Dublin-based auctioneer said he believes it is a very special document.

“We’ve never had anything like this before, it’s an amazing document. When the lady showed it to me in the GPO on Easter Monday, it just thrilled me to bits. It’s very special.”

De Valera was elected MP for East Clare when he defeated Irish Party candidate, Patrick Lynch in a byelection and the important document marks the start of de Valera’s 42-year career as an elected representative.

The report lists the number of votes for each ballot box, identified by its station, numbers of spoiled or rejected votes, and the result. De Valera polled 5,010 votes, while Lynch polled 2,035.

The byelection in East Clare was caused by the death of William Redmond, the sitting MP, during World War I. Patrick Lynch was regarded by the Irish Party as a certainty but the wave of support for Sinn Féin, following the 1916 Rising, saw de Valera elected by a large majority.

Mr Whyte said he believes it is an extremely interesting and rare piece. “The thing is, how did it get into the public domain? That would have been a government document so I’d presume it was probably liberated during the War of Independence down in Ennis,” he said. “Ennis was quite an active area. There were a lot of raids on government buildings and so forth.

“Normally, if you had an election in Clare today, the returning officer’s sheet would be kept by the government and it would end up in the national archives. But this was pre-independence so it was fair game at the time.”

Mr Whyte said the fact that the document marks the start of de Valera’s political career is fascinating. “That’s his political career starting there. I suppose it started when he joined Sinn Féin but that’s the first election as a public representative and it went on for 42 years, as a member of the Dáil and, of course, he was elected president,” he said.

“It amazes me that, 100 years later, we’re still finding things. You’d think everything had been found.”

The experienced auctioneer said there has been “good interest” from a lot of collectors, who are intrigued by the historical nature of the document and the life of de Valera. “De Valera went through a poor patch in popularity over the last few years, mainly because of the riots and the coverage Michael Collins got with the movie and the books and everything else,” he said.

“We get letters signed by de Valera and posters and things from his early days, his foundation of Fianna Fáil and all of that. I sense he’s making a comeback, at least historically, and his popularity is on the increase. A lot of people blamed him for Collins’ death and I think people are overcoming that.”

Mr Whyte said de Valera did a lot of good things during his career. “He was 42 years in power and he did a lot of good for the country so I think history is being rewritten. Every 20 years, we rewrite history. I think people are looking at him in a kinder [manner] in many ways. In some ways, he was very conservative, of course, but he was a very important part of the 1916 Rising and the War of Independence as well.”

The auction will start at 11am, with the document expected to be sold in the early afternoon. “I think that item comes up about two hours into it. It’ll be broadcast live on the internet and, if you go to our website, you can click for live bidding hour, bidding online,” he said. “It’s going to be in the first session so it’ll be coming up some time between 1pm and 1.30pm.”

The managing director said that while some people may believe that €8,000 or €10,000 is a lot of money to pay for the piece, it could sell for considerably more. He said they have not had any registered phone bidders yet but, as Saturday approaches, he thinks that will change, as there has been interest from “serious collectors”.

“We’ve had a few people enquiring in the last week so we’ve been able to show them that it’s in very good condition,” he said. “It will fetch what it fetches. If you told me it would fetch €20,000, I wouldn’t be surprised. If two very well-off collectors want it, they could fight over it. A museum might be interested in it and I would expect some good interest from County Clare too. It would be nice if it went back there but we’ll see what happens.”

Mr Whyte said it would also be nice if a collector bought it and lent it to the local museum. “It would be good for people to see it.”

The auction can be viewed online at www.invaluable.com live on Saturday afternoon. 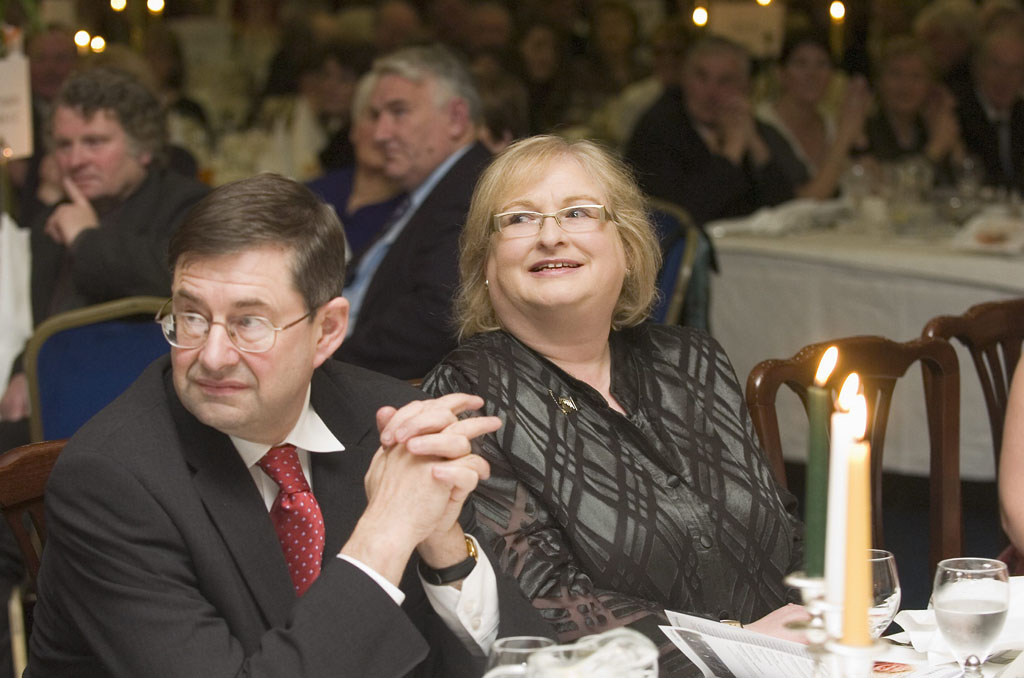 Síle recalls the fun side of Dev 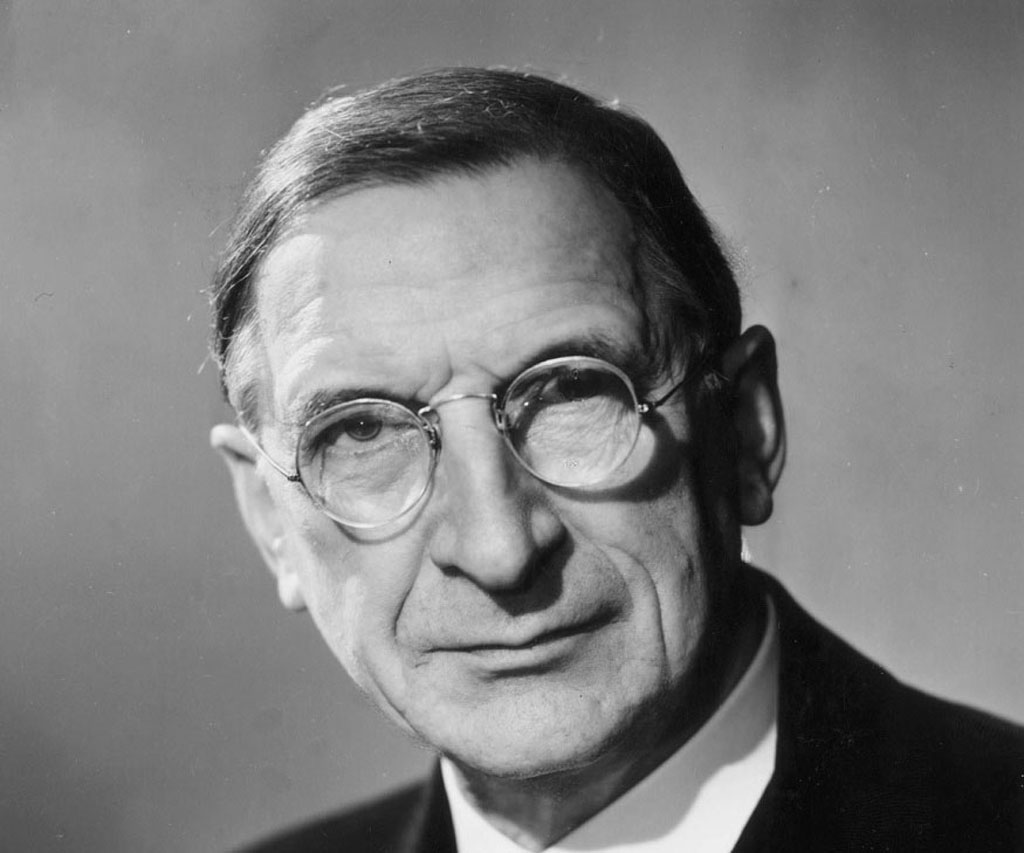